The hub was designed for the government of Abu Dhabi’s Ghadan 21 economic acceleration program announced last September, which aims to improve the competitiveness of Abu Dhabi’s businesses.

While the hub is not fully geared towards fintech startups, the fintech scene is very much in line with Abu Dhabi’s goal of invigorating its businesses and lifestyle of its populace, depending on a company’s specific fintech offering.

As part of the initiative, the Abu Dhabi Government has also announced an AED 535 million fund to invest in startups and venture capitalists (VC) in Hub71. From April 28 2019, the fund will co-invest with VCs into startups based in Hub71 through a government matching scheme. The fund would also invest in first-time fund managers to support their growth in the Emirate. 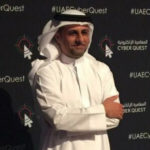 “Through the Abu Dhabi Government’s economic programs and plans, we’re doubling down on our efforts to make Abu Dhabi a global beacon for technology and innovation.”