The Central Bank of Bahrain (CBB) has just issued draft rules on insurance aggregators; intermediaries with an insurance broker’s license who operate a platform for users to compare insurance prices and facilitates the purchase of them.

The idea is that users can more easily compare insurance offerings from multiple companies from an unbiased source, and usually the information is presented in a way that your average person can understand too. Many platforms will also help with getting the insurance as well, with some platforms underwriting the insurance online. 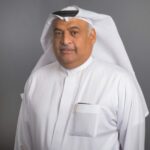 “The introduction of insurance aggregator rules is a first step for the CBB towards insurtech, a technology-led transformation of the insurance sector which is rapidly gathering momentum globally, especially due to demands from millennials.”

“The CBB is one of few central banks to have introduced rules relating to insurance aggregators.”

Following this announcement, Fintech News thinks that Bahrain’s insurtech scene will certainly see a boost. The writing was already in the water for insurtech’s rise in the  kingdom. Firstly there is the well-known Aqeed.com, one of the Middle East’s first insurance comparison platforms, and perhaps one of the most popular startups offering insurtech right now.

Entrenched institutions are getting wise to insurtech as well. The Bahrain National Holding (BNH) is also in the midst of an insurtech revamp to streamline and add a variety of services in a bid to keep up with international insurance trends.

The Bridge Insurance and Reinsurance Brokers (Bridge), a Bahraini insurance broker and risk advisor group, has also announced its “one of a kind” insurance offering in Bahrain.