Africa and the Middle East, the Next Battleground for E-Commerce Companies

E-commerce in Africa and the Middle East is poised for growth.

With 400 million Internet users, Africa has one of the most digitally connected populations on the planet, and represents a market that e-commerce platforms should be excited about. One country that’s showcased in the report is Nigeria, one of the continent’s most dynamic digital economies.

Nigeria’s fast-growing e-commerce industry is rising at a healthy rate of 20% per year and experts expect it to be worth US$50 billion by 2030. With a population of 182 million people, more than half of which being under 30, income on the rise, and a surging middle class, Nigeria is set to witness further growth, according to the study. E-commerce in South Africa is worth US$4 billion and growing at a rate of 20% a year. Some of the most popular digital payment methods used include online payment solutions FNB Cell Pay Point and SID Instant EFT, mobile payment services Payd, SnapScan, and MTN Mobile Money, as well as BankIT. 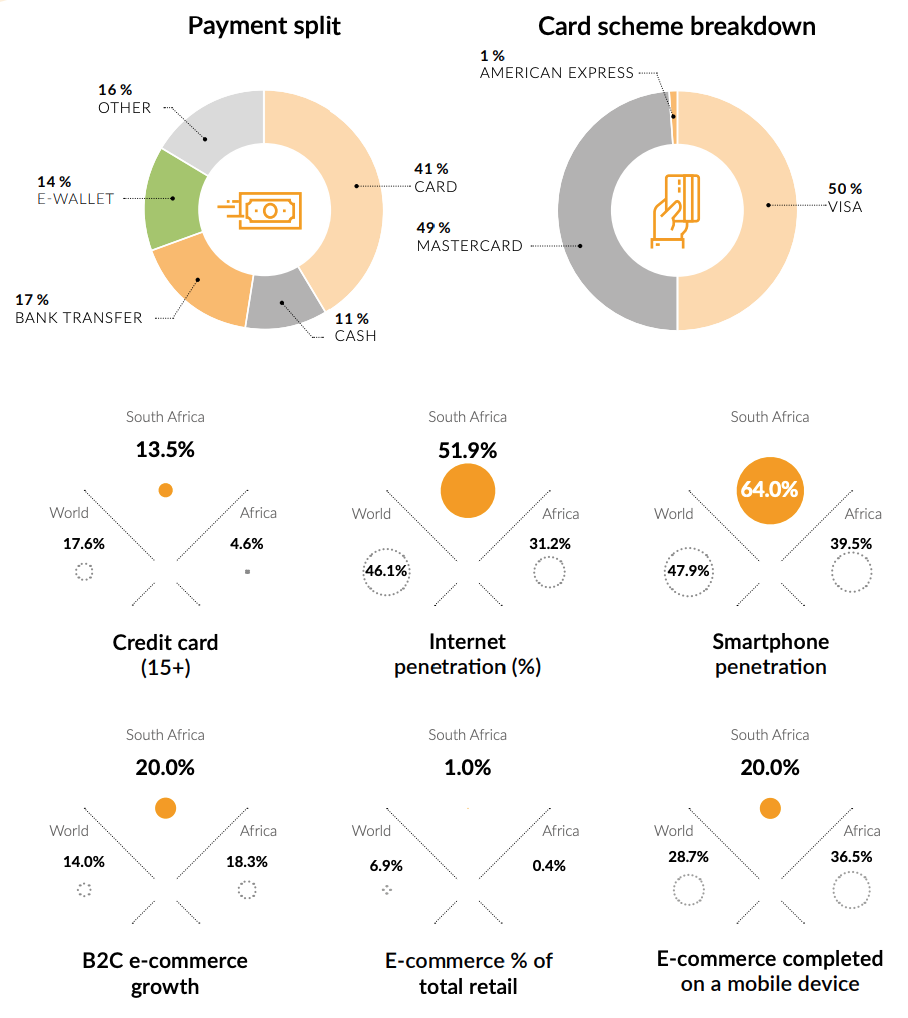 Kenya, home to the M-Pesa mobile money system and one of the best-connected states in Sub-Saharan Africa with an Internet penetration rate of 70%, is also destined for robust growth.

E-commerce in the Middle East

In the Middle East, the United Arab Emirates (UAE) is one of the top markets for e-commerce, which is now worth US$5.10 million and growing at a 33% yearly. The country leads the region in smartphone and Internet penetration, both of which standing above 90%. 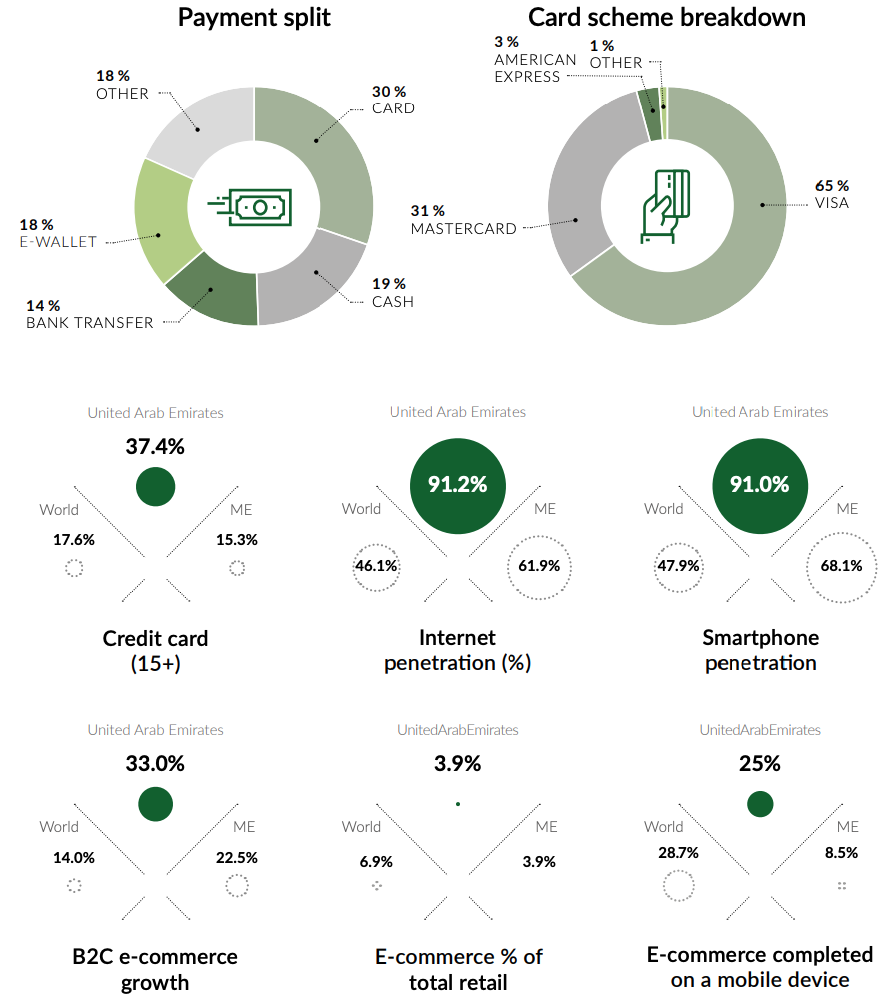 In Saudi Arabia, e-commerce is worth US$4.5 billion and growing by 32% yearly. Smartphone and Internet penetration stand at 86% and 69.6% respectively. According to a Google study, demand for fashion items is particularly high following an offline boom in the sector now moving online. 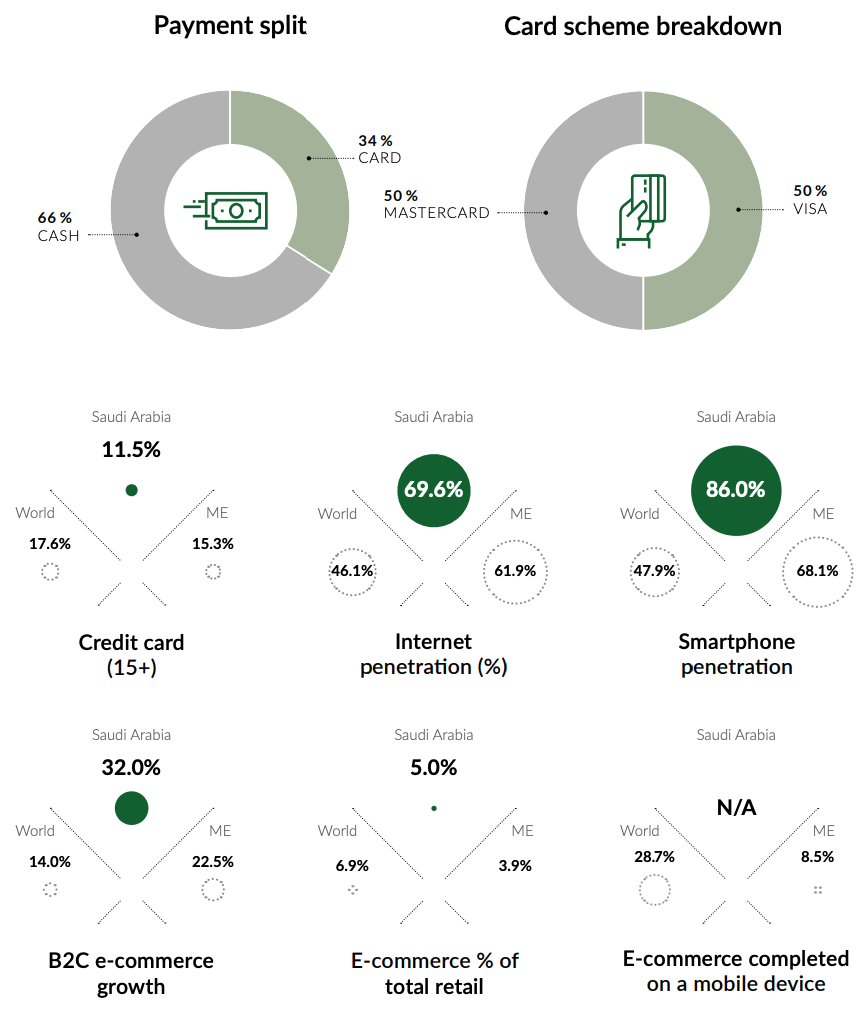 One of the largest e-commerce marketplaces in the Middle East is Souq.com, which had 50 million customers and operated out of all the countries in the Gulf Cooperation Council (GCC) when Amazon acquired the company in 2017.

Noon.com is another key player, along with Namshi, China’s Ali Express, and the US’ Ebay.

According to PayFort, the Middle East e-commerce market is expected to grow to US$69 billion by 2020, almost doubling in size in just a few years. The growth is set to be fueled by the region’s high spending potential, high Internet and smartphone penetration, and favorable regulations.

For instance, in the UAE, the government has been actively encouraging the development of the digital economy with, for instance, the Dubai Free Zones Council launching new e-commerce regulations in 2018 to establish favorable conditions and control over the industry.