Fintech is booming in the Middle East and North Africa (MENA), now representing one of the hottest industries in the region, according to a new report by investment data platform Magnitt and the Abu Dhabi Global Market (ADGM) international financial center.

Since 2015, a total of US$237 million has been invested in MENA’s fintech startups through 181 deals, representing 7% of the total MENA startup funding between 2015 and 2019 year-to-date (YTD), according to MENA Fintech Venture Report 2019.

In 2018, fintech became the most popular industry by number of deals across MENA with 97 investments, surpassing e-commerce, delivery and transport, and food and beverage. Despite this, funding amounts remain low as deals have predominantly been made by earlier-stage accelerator programs. 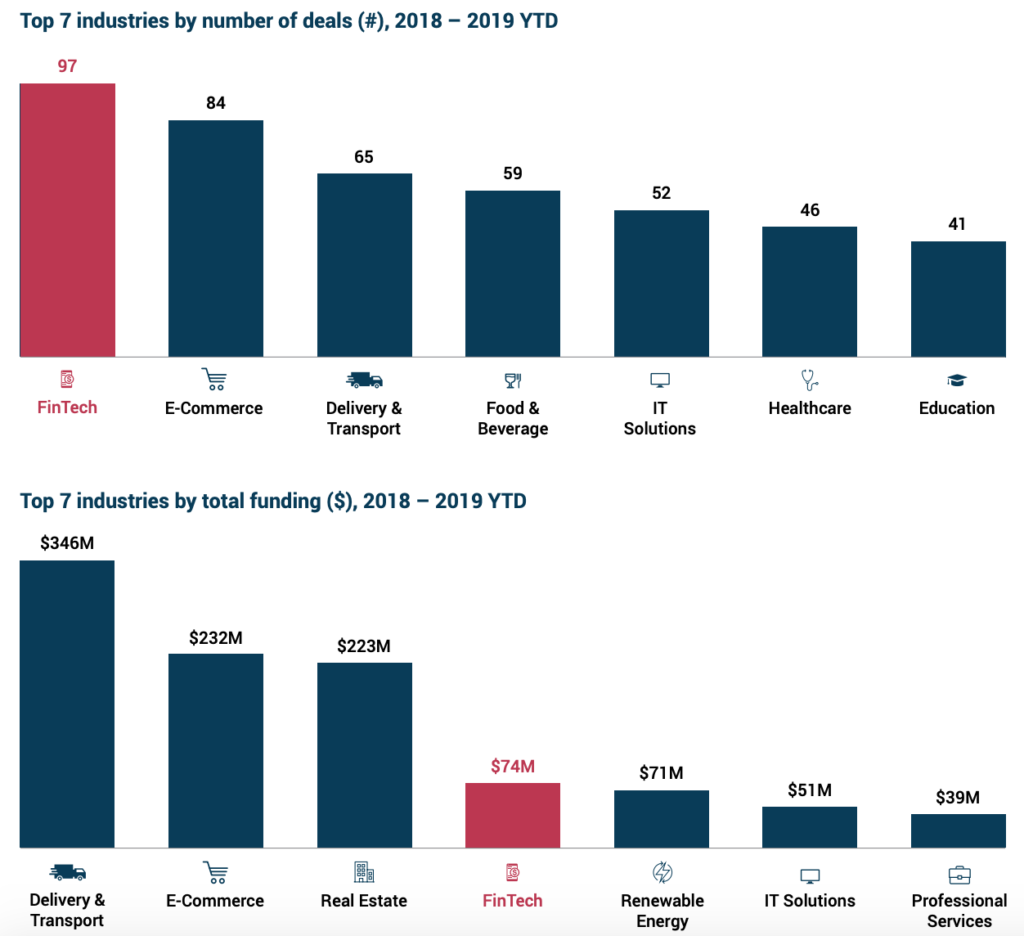 In 2019 YTD, 37 investors have invested in fintech startups, with regional investors accounting for 86% of them. Startupbootcamp, 500 Startups, Pride Capital and Oman Technology Fund have been the most active fintech investors in the region over the past year. 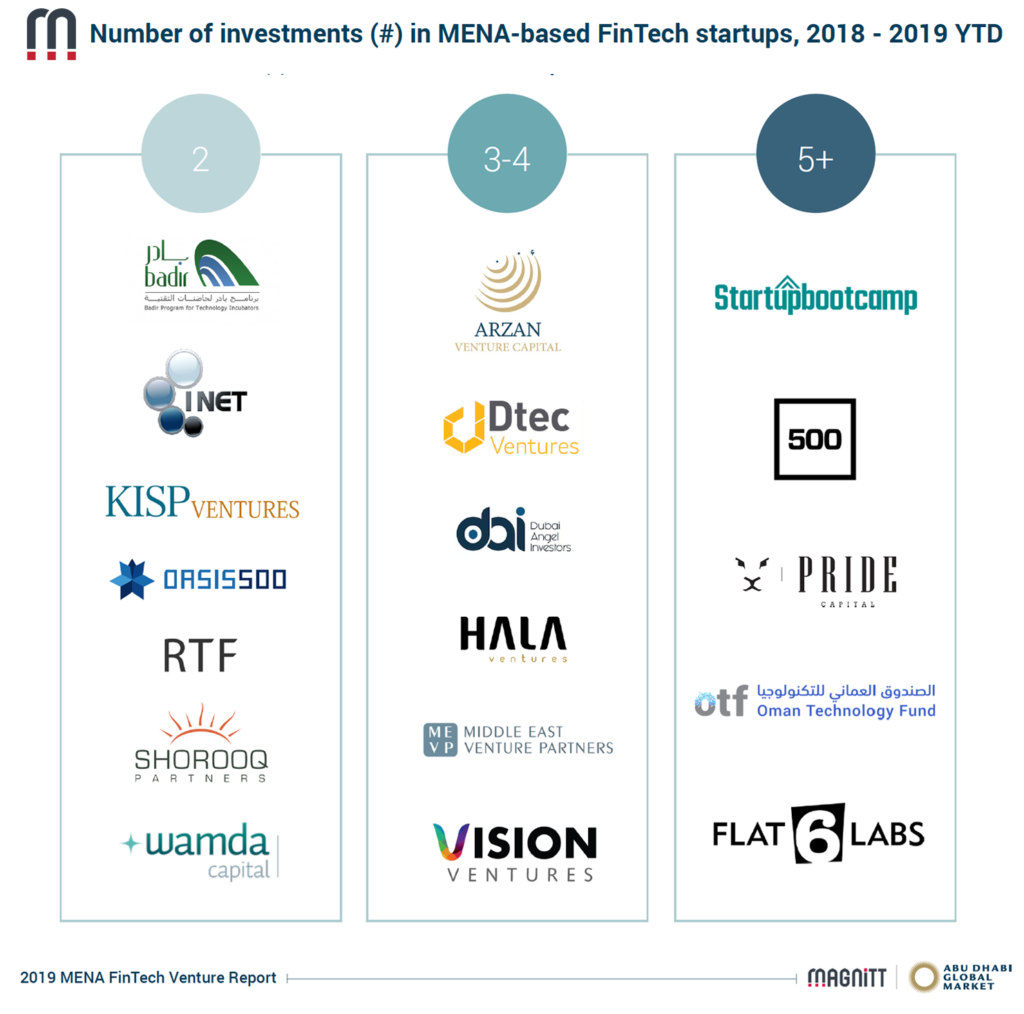 Focus on payments and remittances startups

Within the MENA fintech industry, the payments and remittances vertical has received the most funding. In 2019 YTD, 45% of all deals went towards startups in the sector, a 15% increase compared to 2018 YTD.

Other verticals that have witnessed increased investor interest include wealthtech, real estate finance and blockchain. 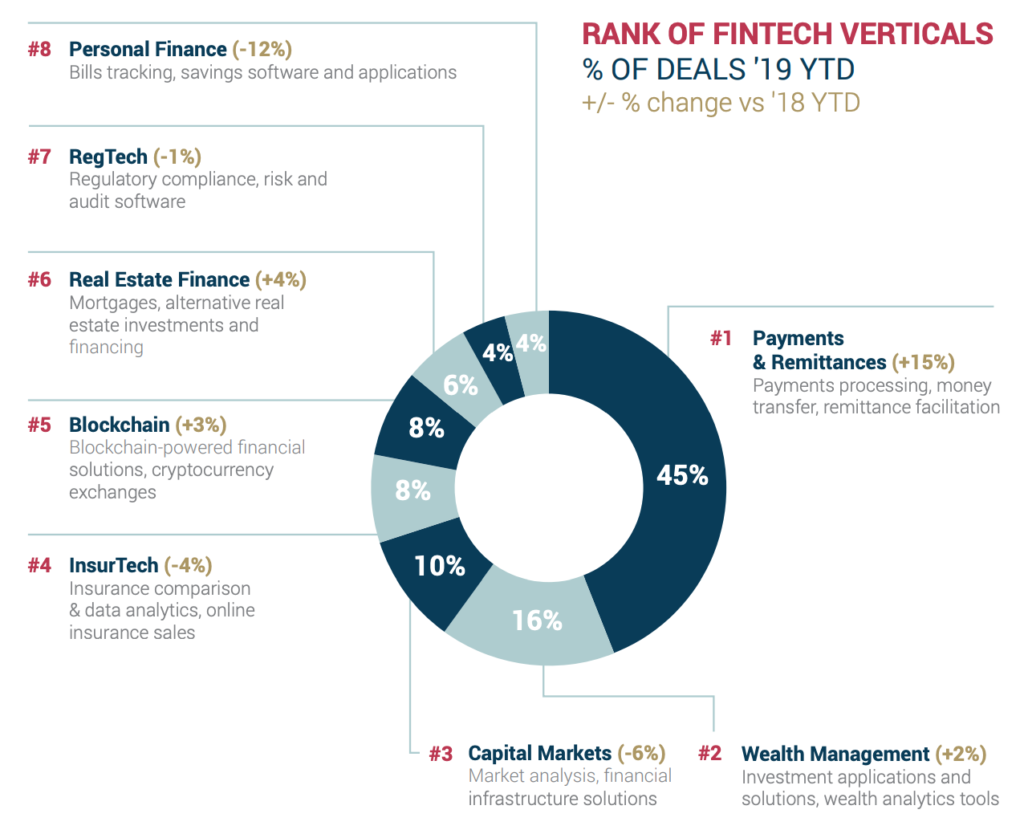 According to the report, the rise of fintech across MENA has been mainly driven by the region’s young and tech-savvy population, high Internet penetration, growing online/digital payments usage, and consumers’ openness toward fintech. In fact, 76% of United Arab Emirates (UAE) consumers said they trusted at least one tech company more than their bank with their money, and 83% of UAE residents said they were open to adopting fintech solutions by non-financial institutions.

As MENA nations battle it out to become the region’s top fintech destination, the UAE has emerged as the largest fintech hubs, according to the report.

The UAE’s position as a top fintech destination in MENA has largely been enabled by local regulators and the government which have introduced several initiatives to foster fintech innovation. Two jurisdictions within the UAE have set up sandboxes and so-called RegLabs, which allow fintech startups and financial institutions to test out innovative products and business models, and government-led investment funds such as Abu Dhabi Catalyst Partners and the Fintech Fund by the Dubai International Financial Centre, have been launched to support local fintech projects and startups. 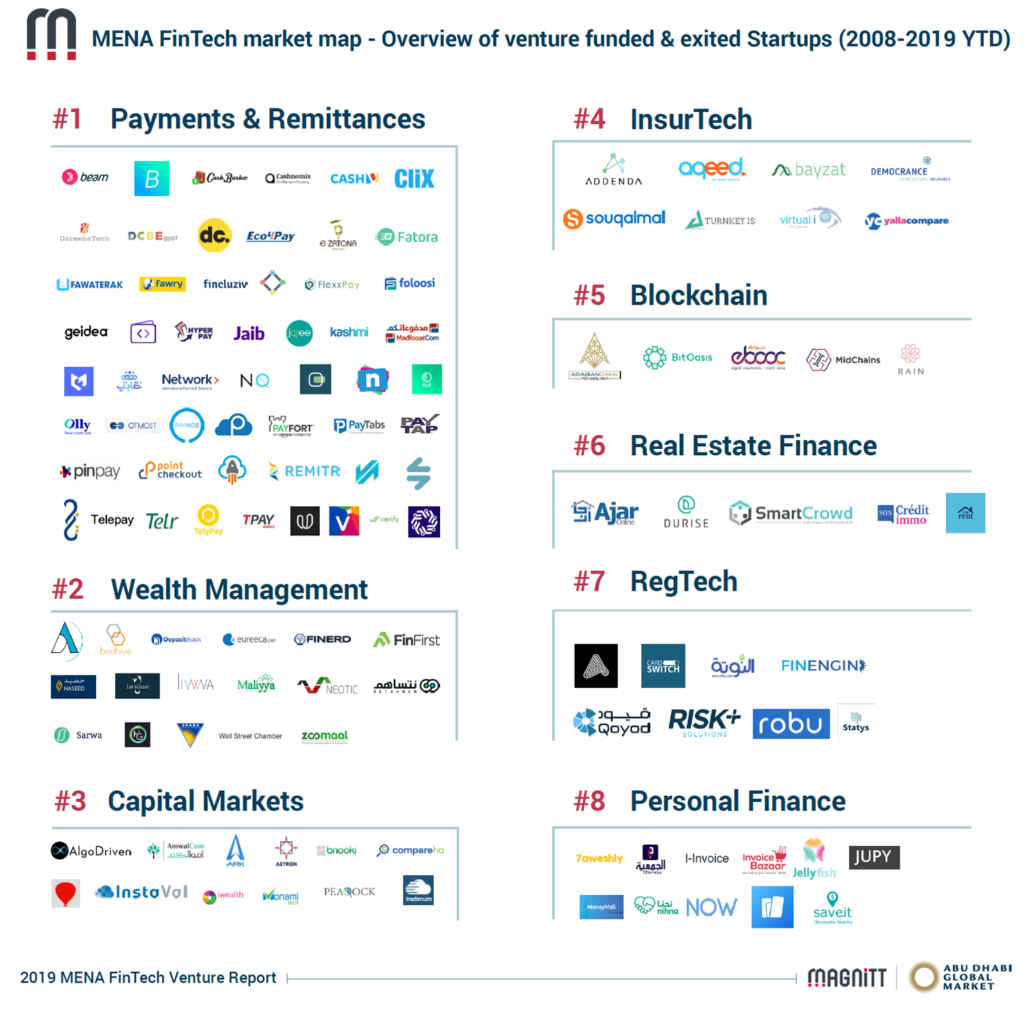 Bill and Melinda Gates Foundation Donates US$1.5 M to Strengthen Cybersecurity in Africa and Asia