MoovPay Global, a Singapore based Fintech, has signed an exclusive partnership with China’s UnionPay International (UPI) for cross-border cashless payment services in the Middle East.

The partnership will allow businesses in the Arab world to use UPI’s range of payment methods, which are commonly used in China, to make safe and reliable payments through MoovPay’s online payment solutions.

MoovPay claims to be a pioneer in the UPI cross-border business-to-business (B2B) ecosystem. As UPI’s Certified Principal Member, the company enables merchants globally to accept over 7 billion UnionPay cards that are issued globally as well as to issue co-branded UnionPay commercial cards which can be used to pay any of the 41 million merchants that accept UnionPay.

From its humble beginnings with a few programmers and coders who designed its core propriety system, MoovPay has rapidly expanded and now owns a sizeable technology and research centre in Shenzhen, which is also known as China’s Silicon Valley.

The programmers and engineers from Shenzhen are periodically rotated to the headquarters in Singapore to ensure that the tech output and interfaces match the management and client experience. They also have frequent interactions with the business development team and participate in user experience forums with clients.

MoovPay offers corporate clients an array of payment solutions, including features such as shortened settlements, paperless execution and enhanced pricing. With over five years of experience in the B2B market in various countries, MoovPay now extends its enhanced e-payment solutions for the retail space in the Middle East.

With the increasing number of Chinese travellers in the Middle East, its venture into the region is timely. MoovPay seeks to bring these travellers’ platform of choice as they explore foreign destinations.

Dubai is the fifth market in which MoovPay has a presence in, following Singapore, Australia, Cambodia and Hong Kong. 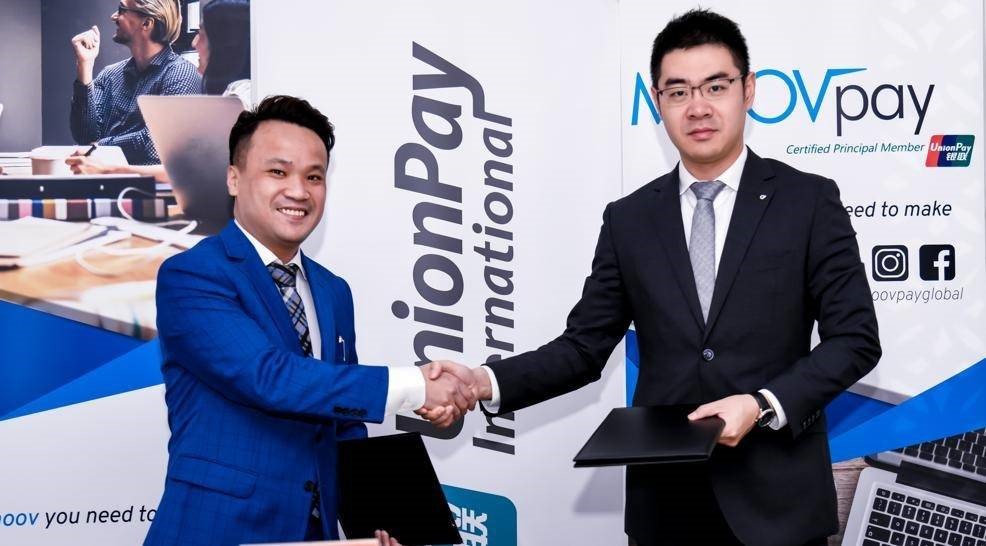