With 11% of the population having a formal banking account, the lowest number of ATMs in the Middle East and Northern Africa (MENA), and a smartphone penetration of just 17%, the lowest in the region, Iraq is not what we would qualify as a natural ideal territory for fintech products and ventures. 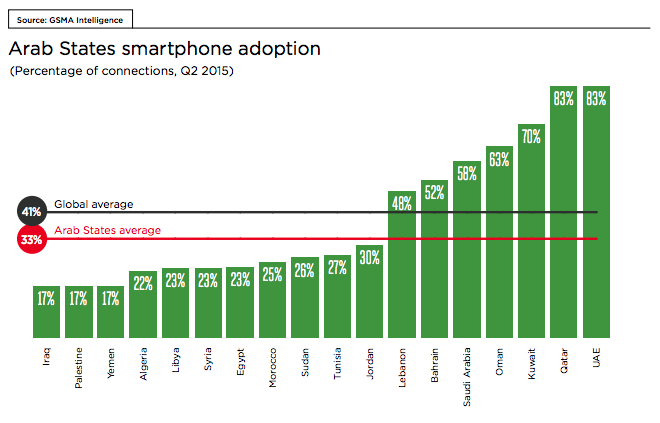 But according to Hussein Kanber agha, the founder of Ideal Payments, there is no reason for Iraq to be left in the dust of its neighbors and as the world moves towards greater digitalization.

“A bottleneck is created by cash-on-delivery and it is preventing lots of things from being paid for. There is a need to accommodate the growing use of e-commerce in the country,” Kanber agha said, as quoted by Wamda.

“Globally, individuals’ private economy is going online, and if you want to do many things today, pay a bill, buy a ticket, rent a hotel, you need to have a digital means of payment.

“We know people use cash and that financial services are weak but there is a need for a solution.”

The solution, called Taif Ewallet, was launched in September 2016. The company said it aims to create a “holistic payments ecosystem” used by agents in the economy including retail merchants, e-commerce platforms, private companies, and government institutions.

According to Ideal Payments, Iraq, a country of 35 million inhabitants, remains a cash-based economy with a debit card penetration below 3%. The company said that issues such as “inaccessibility, inefficiency, and unaffordability deter customers from using traditional financial services.”

Trust is also a key issue for the Iraqi banking sector, which customers hold in low regard following decades of mismanagement and corruption, it added.

Launched in late-2015 by Zain and Iraq Wallet, the solution allows users to deposit, withdraw, transfer money and pay for goods and services using their mobile phone and through the Zain Cash mobile app.

Iraq Wallet, a mobile commerce company, said in a statement that e-commerce is the region is expected to grow to US$200 billion by 2020. To tap into the growing trend, Zain Cash has a “pay with Zaincash” button that can be integrated onto e-commerce websites, allowing users to pay for online transactions with their phone credit.

Across the MENA region, in 2014, the percentage of adults with a bank account at a financial institutions was 26%. This means that 170 million adults are financially excluded.

In some countries like the United Arab Emirates, Bahrain, Kuwait and Saudi Arabia, more than 70% of adults have a bank account, while in others such as Tunisia, Jordan, Sudan, Egypt, Iraq and Yemen, penetration is less than 30%. 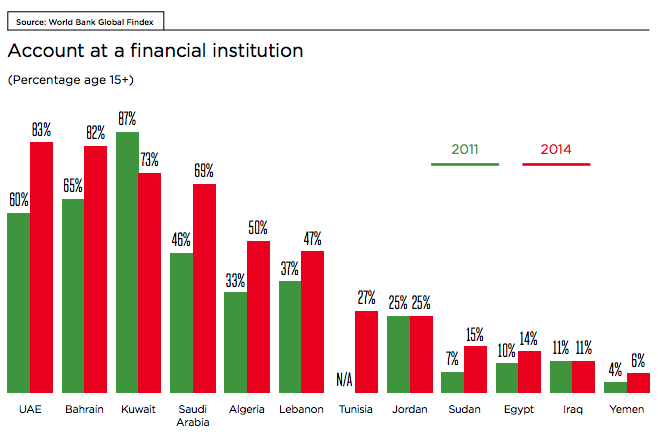