Data from the World Bank show that financial inclusion is still a major challenge in Algeria where just 43% of the adult population had a bank account in 2017. The figure is dramatically lower for women at just 29%.

According to Rachid Sekak, a global financial expert, digital platforms and technology can significantly help improve financial inclusion by giving individuals and businesses access to useful and affordable financial products and services that meet their needs.

“Digital technology can be an efficient tool for financial inclusion by allowing easier and more user-friendly access to basic banking and financial services for unbanked populations,” Sekak wrote in an opinion piece on Liberte-Algerie.com. “It could also be a tool for reducing financial exclusion.”

Algeria’s banking and financial sector is characterized by outdated technological infrastructures, underdeveloped payment systems, and a lack of innovative, digital banking services, he said. Given the landscape, digital platforms and technology are poised to bring about a major wave of fintech innovation.

Second, while usage of digital and online payments is still fairly low, adoption has been risen rapidly over the past years. The first ten months of 2020 saw more than 486,000 online transactions being. That’s more than double the volume of online transactions for the whole year 2019, he said.

Recognizing the potential of technology, the Algerian government has put an emphasis on digitalization and startups with the establishment of deputy ministries and preparation of a host of related legislations, points out a December 2020 report by the Digital Arabia Network and DAAS e.V., a German-Algerian academics and students association. 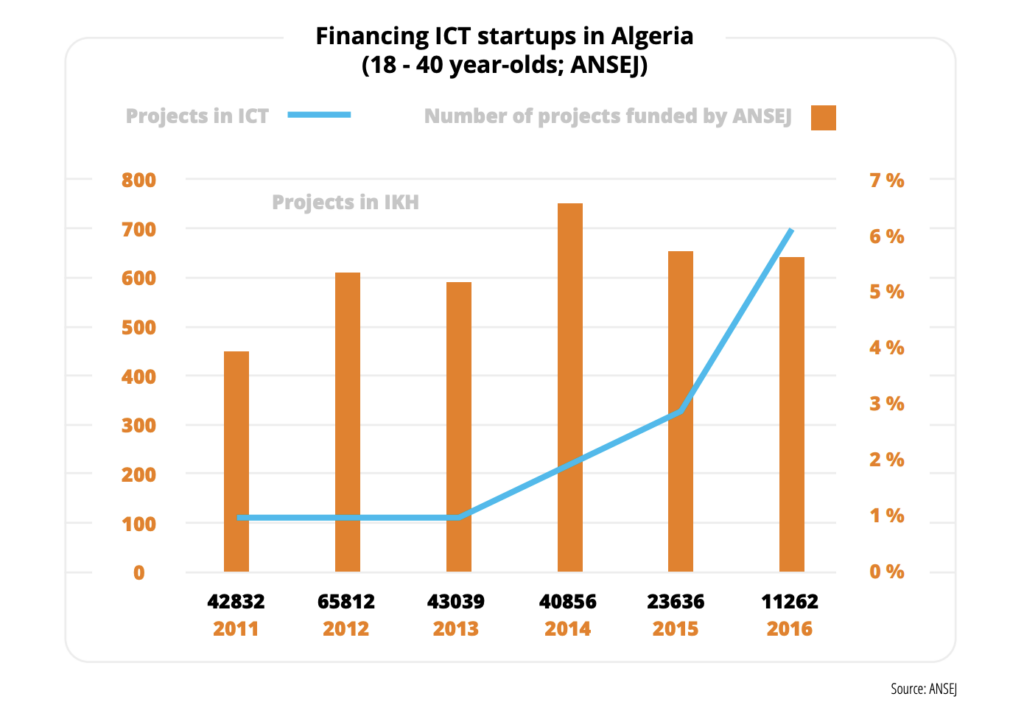 An ambitious e-government program is currently underway with goals to allow for online document requests and bring digital identity to the masses.

According to the World Bank, one key initiative that has been critical to the development of digital financial services in Algeria is the digital identity system. Launched in 2016, it has allowed financial institutions to onboard customers efficiently in compliance with anti-money laundering (AML) and other know your customer (KYC) requirements.

Further showcasing the government’s commitment to digitalization, Yacine El-Mahdi Oualid, Minister Delegate to the Prime Minister in charge of Knowledge Economy and Startups, stressed the potential for fintech startups to “revolutionize” the financial sector.

“The modern economy relies on young, innovative businesses that have the capabilities to react and evolve swiftly,” El-Mahdi Oualid said during an event in February 2021. He encouraged startups to be the “drivers” of the country’s digital transformation, adding that they had a key role to play in the future of financial services.

Among the fintech startups that showcased their solutions during the event, Beyn was put in the spotlight, deemed a “success story” in Algeria’s fintech sector. The startup, which provides digital banking and payment services, has signed 11 banks as clients.

Other startups worth mentioning, according to Sekak, include Leadersoft, a software developer, and Teletic, a solution provider for the telecom and payment sector.

Featured image:Image by jorono from Pixabay