Under the partnership, users will be able to access a mobile app-based remittance solution. It will feature multiple global destinations, low fees, and attractive foreign exchange rates, a statement said. Transactions can be done anytime and anywhere. 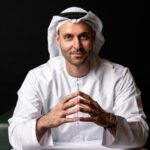 “Jingle Pay offers a unique user experience through its mobile app, and its users will now be able to benefit from Al Fardan Exchange’s unparalleled network of global agents and presence in 140 plus countries. Al Fardan Exchange will tap into specific segments of the market by better catering to the needs of younger consumers who demand flexibility and innovation,”

Expat remittances on the decline in 2020

A bulk of expat remittances from the UAE are funnelled into Asia. India, Pakistan and the Philippines were the three biggest recipients of such remittances in Q4 last year. However, outward remittances declined for the third consecutive quarter, from AED 40.8 billion in Q4 2019 to AED 39.1 billion in Q4 2020.

At the same time, amidst a global decline in remittances last year, the UAE remains the second biggest market by outflows. Outflows of US$ 43 billion were remitted from the UAE last year. It followed after the US, which had outflows of US$ 68 billion.

Recently, Commercial Bank of Dubai and payments tech company Thunes announced a similar partnership to drive real-time cross-border transaction flows from the UAE. The Federal Bank also announced a partnership with Mashreq Bank to enable remittances from the UAE to India. Elsewhere, digital remittances fintech Hubpay recently closes its seed funding round. The round was led by US-based Signal Peak Ventures, with participation from Falcon Network, a UAE angel investment group.

6 Proptech Startups in UAE to Watch Out for