Jordan’s Arab Bank has launched a corporate fintech accelerator in Egypt, according to a recent announcement by the bank.

The AB Accelerator, which was initially launched in Jordan in 2018, is a part of Arab Bank’s efforts to develop fintech banking solutions for the Egypt market. The fintech accelerator is aimed at early stage fintech startups, as well as startups in supporting fields such as cybersecurity and artificial intelligence. Arab Bank is especially looking for startups that have a “strategic alignment” with Arab Bank, the statement said.

The AB Accelerator will allow entrepreneurs to scale market-ready fintech solutions across the MENA region, while enabling the adoption of emerging technologies at Arab Bank. 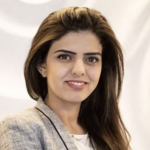 “AB Accelerator is unique in a way that applies to a venture client as well as a venture capital model.

AB Accelerator provides early stage startups with a banking and commercial collaboration that not only helps them gain credibility and validate their product, but also allows them to instantaneously tap into multiple geographies,”

Zahran added that through the fintech accelerator program, Arab Bank has invested in startups across the US, Europe and the MENA region. Portfolio companies include US-based cybersecurity startup Seclytics, and UAE-based buy now pay later startup Tabby, and digital insurance startup Hala Insurance.

Meanwhile, Habiba Helmy, Innovation Lead at Arab Bank – Egypt, said that eligible startups will be able to access funding of up to US$500,000, in addition to several “unique benefits” as part of the AB Accelerator.

“These benefits include creating a customised Proof of Concept to test solutions which could potentially lead to a pilot agreement with the bank, as well as instantly accessing customers and markets across Arab Bank’s regional and global network,”

The development of the fintech sector in Egypt has been gaining attention as a potential solution to the challenges of financial inclusion in the country. Egypt has over 50 fintech companies, including fintech giants such as Fawry, many of which highlight financial inclusion to underline the use cases of their solutions.

Incubators and accelerators such as the AB Accelerator have a role to play in the country’s startup ecosystem, which saw investments drop in Q1 this year. Some notable fintech accelerator programs in this space include the AUC Venture Lab Fintech Accelerator, Startupbootcamp FinTech Cairo, and EFG EV Fintech.