The fintech industry in the MENA region has had a blockbuster year so far. MENA venture investors have pumped record-level funds into this sector this year, leading to uptick both in number of rounds as well as total deal value.

Within the sector, payments and remittances were on top of the leaderboard for by number of deals, while lending emerged first by total funds raised.

There are highlights within the region as well. For instance, another report notes that the UAE and Saudi Arabia represented 60% of total MENA fintech funding this year. Saudi fintech startups raised a record US$347 million in funding this year alone.

Startups such as Tamara and tabby have raised some of the biggest rounds seen in the region, not just in fintech but across the startup sphere.

With investor interest booming in this sector, some MENA venture investors have pulled ahead this year in terms of activity. The sector has especially seen interest from six regional and two international investors. These MENA venture investors have both made a number of investments in fintech startups in the region, and have launched a number of funds as well in support of fintech startups.

Top 8 MENA venture investors for the year so far

(List considers investment activity in 2021 so far, and does not count government-backed funding institutions.) 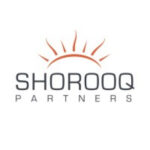 Shorooq Partners is a 2016-founded VC firm. Apart from its home base, it also has offices in Bahrain and Egypt, both launched this year. 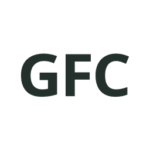 GFC is a stage agnostic VC firm with offices across the world, including Istanbul, Tel Aviv and Dubai. The 2013-founded firm has 369 portfolio companies (Pitchbook), with about US$1.6 billion in AUM (Crunchbase).

GFC has invested in at least five fintech startup funding rounds this year. The most recent of these took place earlier this month, when it co-led a US$2.3 million seed round for Egypt’s Amenli, along with P1 Ventures and Anim Fund.

It also participated in three funding rounds this August – hala (US$5 million), tabby (US$50 million), and baraka (US$4 million) – as well as a March pre-seed fundraise of US$5 million by Telda. 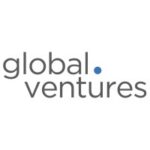 Global Ventures is a Dubai-based VC firm founded in 2018. It focuses on emerging markets. The firm has 36 companies in its portfolio, 10 of which are regional fintechs.

This year, Global Ventures has made investments in as many as six fintech startups from the MENA region. This includes two rounds that it led – digital wallet Mamo’s US$8 million pre-Series A, and an undisclosed round in insurtech Democrance.

It also participated in fundraising rounds by Paymob (US$18.5 million Series A), Tarabut Gateway (US$13 million seed round), tabby (US$50 million Series B) and an undisclosed pre-Series A round in NowPay. 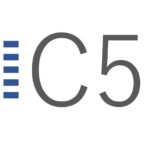 Class 5 Global is a emerging markets-focused VC fund that is currently expanding its MENA presence. The firm was founded in 2018, and is an investor in regional super app Careem. 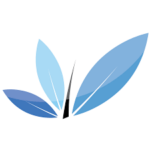 Nama Ventures is a MENA-focused venture firm. It is especially focused on Saudi Arabia-based startups. It was founded in 2019, and has made 13 investments so far (Crunchbase), including eight that it led.

This year, Nama Ventures has invested in two fintech startups based in Saudi Arabia, and also launched a US$27 million startup fund. It led an undisclosed pre-seed funding round in expense tracking app Wafeer earlier this year. It also participated in Tamara’s US$6 million seed round in January.

Further, in April, Nama Ventures launched a SAR 100 million (US$26.7 million) fund to be raised from high-net-worth-individuals, family offices, and institutional investors. 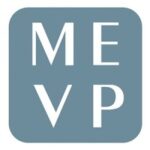 MEVP has US$260M in AUM across four funds, including the Middle East Venture Fund (MEVF) I, II and III, and the IMPACT Fund by MEVP.

Ticket sizes for its latest fund MEVF III, launched in 2018, averaged at over US$3 million. The firm was founded in 2010, and has over 50 companies in its portfolio across multiple sectors.

This year, MEVP has invested in mainly three fintech startups from the MENA region. 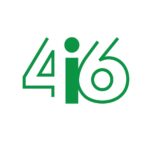 Impact46 is a Capital Market Authority-authorised asset manager with a focus on both seed and growth stage companies. The fund focuses on alternative investments in Saudi Arabia.

Its Seed fund provides ticket sizes of US$500,000 to US$1 million. Meanwhile, its Growth fund makes investments of between US$5-7 million.

The fund has a total of 18 portfolio companies, with AUM of over SAR 1 billion (nearly US$270 million). 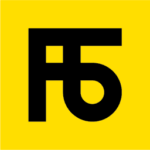 Flat6Labs has multiple seed acceleration programs running across the Middle East, in Egypt, Lebanon, Tunisia, Bahrain and Jordan. It also has a seed and early stage funding initiative in the UAE, called Flat6Labs Ignite, as well as other seed funds across the region.

The 2011-founded seed and early stage investor has invested in over 100 startups so far.

This year, Flat6Labs has made several funding moves within the MENA region, according to earlier statements. It deployed US$250,000 across eight startups as its sixth Bahrain cohort, raised EGP 207 million (US$13 million) for its second Egypt fund, and launched a US$20 million seed fund in Jordan.

It also increased its Tunisia fund to US$10 million after a second close, and disbursed EGP 500,000 to EGP 750,000 per startup for eight startups graduating from its Cairo Seed Programme’s 16th cycle.