India-based fintech SaaS company ClearTax has raised US$75 million in a Series C round, according to a statement from the company. The round was raised for the company’s expansion to the Middle East, the statement said. It will also enable ClearTax to diversify into other business lines, including B2B credit and payments.

In addition to the fundraise, ClearTax also announced that it is rebranding itself as Clear. The company provides tax and compliance software solutions. It also offers other B2B software-based invoices, payments, and credit solutions.

The Series C was led by Kora Capital, along with participation from Stripe, Alua Capital, Think Investments and other existing investors, the statement noted.

ClearTax, or Clear, is starting its expansion with Saudi Arabia

The company has kicked off its Middle East expansion by launching electronic invoicing products for medium to large enterprises. The service is currently available in Saudi Arabia, and is compliant with the country’s Zakat, Tax and Customs Authority (ZATCA) guidelines.

In the next few months, it also plans to start offering VAT compliance, payables and receivables automation, and B2B payments solutions.

Plans to expand to the UAE are also in the books, with Clear looking to make its UAE entry by launching its e-invoicing and VAT solutions in the country by mid-2022.

Founder and CEO of Clear Archit Gupta noted that the company has a “solid product roadmap for the Middle East” and is aiming to launch a number of SaaS product suites in the region over the next few quarters. 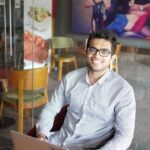 “Government authorities across the Middle East are undertaking massive digital reforms to transform the economy in the next decade. This wave of digitisation is resulting in rapid investments in this region from global tech giants.

We think that ClearTax is also well-positioned to enter the Middle East market considering the increasing push on digital payments, digitisation of business processes, government mandates on digitisation of tax and compliance, and overall increasing adoption of cloud-based technology solutions,”

Gupta said about the expansion.