The funding will be used to build out Udhaar Book’s app offerings. The Y Combinator-backed company was founded last year by Fahad Kamr, Shah Warraich, and Myra Ali.

The word ‘udhaar’ means a loan or a borrowing. It is an informal system of credit in Pakistan and elsewhere in South Asia, where MSMEs (such as local grocery stores) let their customers make purchases on credit. Book-keeping is done manually.

Books are usually stored at the store, in a “wooden cash drawer,” as Kamr points out. 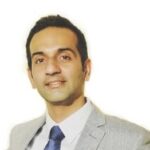 “So small business owners typically work 16-hour days to monitor this drawer and minimise theft. Solving this problem requires digitising all manual elements of the business, while making the transition as seamless as possible for the already busy business owner,”

Udhaar Book’s solution helps to digitise this book-keeping system, while also offering services in the space of inventory and invoice management, amongst others. Through the app, MSMEs can record outstanding debt, and send auto reminders to customers for collection.

Users can also access daily, weekly, and monthly reports. Udhaar Book has accumulated 1.4 million registered users, of which over half a million are monthly active users, the Bloomberg report said.

According to a 2016 report, MSMEs represent over 90% of Pakistan’s businesses, contributing 30% to the country’s GDP.