There’s a lot of buzz doing the rounds for fintech startups in the Middle East, but not too much is known about the faces behind these companies – fintech startup founders.

Founders and founding teams are often the make-or-break of the startup world. The exponential growth of a company, its culture and its longevity depend on their leadership. Crucially, it’s not the company that VCs tend to bet on, but rather their founders.

Especially in this side of the world, fintech startup founders in the Middle East should be credited for laying the groundwork for a fintech boom.

In the backdrop of a very early startup ecosystem, and with most regulators in the region still feeling the ground, these individuals have built companies that have ushered in an era of steep growth and global visibility.

Not only are they transforming fundamental behaviours across the Middle East, such as how people shop or bank, or how other companies stay in business, but they’re also responsible for bringing in foreign capital into local economies.

Here are some names that have been able to make room for this kind of change. These fintech startup founders have been making strong impressions through the achievements of their companies, and are worth following for what could be the next big thing for fintech in the Middle East.

This list is neither exhaustive nor comparative, and names are not listed in any kind of order. 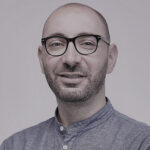 Hosam Arab is the founder of BNPL startup tabby, possibly one of the most talked about fintech startups in the Middle East this year. The company was founded in 2019, and made the news this year for a number of developments, especially a US$50 million funding round.

Before starting tabby, Arab helmed fashion ecommerce company Namshi, another widely discussed company in the region, as co-founder and CEO. The company was majority acquired by Dubai’s Emaar Malls in 2017 for US$151 million, then fully bought out in 2019 for US$129.5 million all cash.

Arab, a Harvard alumnus, stepped down from his role of CEO soon after the acquisition, and six months later, founded tabby. 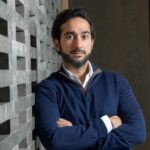 Abdulla Almoayed is the founder of the first open banking platform (and one of the most closely watched in this space) Tarabut Gateway. Founded in Bahrain in 2018, the company recently shifted its HQ to Dubai.

Tarabut Gateway is not Almoayed’s first company. Almoayed has invested in a number of businesses in the Middle East, across healthcare, education, logistics, cybersecurity and fintech, through his holding company Almoayed Technologies.

Almoayed Technologies is a private venture investment fund focused on large-scale digital infrastructure projects. It is an investor in Tarabut Gateway. Almoayed himself comes from a Bahrain-based business family. 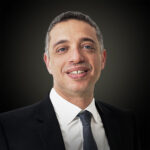 Walid Hassouna is the founder and CEO of Egypt-based BNPL platform ValU, which claims to have upward of 170,000 users. The company has also diversified into the ecommerce space. The startup was launched by Egyptian financial services company EFG Hermes. Hassouna is CEO of the latter’s NBFI platform EFG Hermes Finance, and built ValU along with co-creators Mohamed ElFeky and Yasmine Henna. ElFeky and Henna are also co-founders of BNPL startup Sympl, and are leading the company as CEO and CCO respectively.

Hassouna is affiliated with a number of other startups in varying capacities. He sits on the board of Karm Solar, a private solar utility company in Egypt, and micro-finance lender Tanmeyah Micro Enterprise Services.

He also chairs the board at another Egyptian fintech company Paytabs, and is board Vice Chairperson at startup accelerator and early stage VC fund EFG-EV Fintech as well. 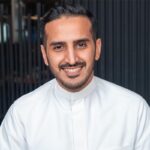 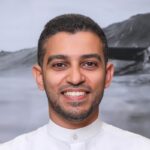 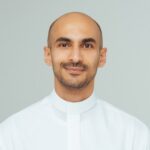 Tamara grabbed eyeballs this year, not once but twice, for the funding it raised. After raising what was one of the biggest seed funding rounds this year, it went on to raise another US$110 million in a Series A from Checkout.com.

Abdulmajeed Alsukhan is co-founder and CEO of the Saudi Arabia-based BNPL company. Alsukhan himself is a serial entrepreneur, with Tamara being his third startup so far. He has previously co-founded Nana, a digital grocery shopping platform, as well as on-demand hyperlocal delivery service Habli (which was acquired by Nana). The concept for Tamara reportedly struck Alsukhan when he was working on a white paper on the BNPL model.

Turki Bin Zarah is the co-founder and CCO of Tamara. He collected about eight years of consultancy experience before joining the founding team (alongside childhood friend Alsukhan) at the Saudi BNPL startup. This includes time spent at LinkedIn, Kearney, and Strategy& as well.

Abdulmohsen Albabtain is the third leg to the founding team of Tamara. He also serves as the CPO of the company. Albabtain brings with him some experience in a management consultancy role at BCG, and has been a part of the Misk Fellowship’s 2018 cohort. 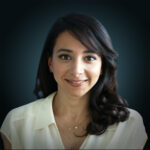 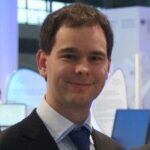 BitOasis is a crypto trading platform in the UAE – one of the earliest local startups of its kind. The company allows users to trade over 20 cryptocurrencies and fiat pairs, and has seen trading volumes cross US$3 billion so far. It recently picked up US$30 million in a Series B fundraise.

Ola Doudin has spent the last six years building the company as its co-founder and CEO. BitOasis is her first venture, but Doudin is also reported to be a co-founder and advisor to Middle East Bitcoin payment processing company Yellow. Doudin has IT experience with EY in London, and also has management experience at Aramex and Arabia 500.

Co-founder Daniel Robenek, meanwhile, serves as the CTO of BitOasis. He leads the company’s development team to keep the technical side of the exchange running. Robenek dropped out of his PhD, which explored supercomputers for biomedicine DNA analysis, to join BitOasis. 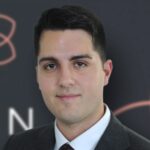 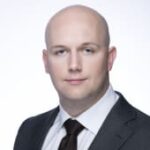 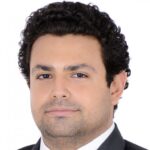 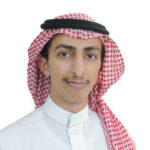 Bahrain’s Rain is a crypto platform with a presence across the Middle East region. Apart from the US Dollar, it accepts currencies from most of the top GCC economies. The platform is available to users in Bahrain, Kuwait, Oman, Saudi Arabia and the UAE. As of H1 this year, the company crossed US$1 billion in trading volume.

Rain comes with a four-member founding team that’s divided between the US and the Middle East. The common thread between this unusual founding team is prior entrepreneurial experience and affiliations to blockchain and cryptocurrencies.

AJ Nelson, who serves as co-founder and President at Rain, has experience that coincides with Dallago. Apart from working at Abra, Nelson also co-founded both clusterFunk and Pi App alongside Dallago. Moreover, he also served as the CEO of both companies.

Meanwhile, crypto enthusiast and co-founder Abdullah Almoaiqel brings some experience in decentralised technology through a consultancy with BitGulf in Saudi Arabia.