Nomod, a UK-based payments fintech company with a focus on the MENA region, has raised US$3.4 million in seed funding.

The funding takes Nomod’s valuation to US$50 million, according to a report by TechCrunch.

The investment was raised from Global Founders Capital, Kingsway Capital, Goodwater Capital, and some angel investors as well. The latter included one of the founders of Careem, a Dropbox employee, a partner from DST Global, and other global angels, the company said in a blog.

Nomod provides merchant clients with a suite of payments services “minus the headache of dealing with clunky hardware,” its website says. The company’s platform allows merchants to accept payments globally and from various sources, such as payment links, NFC payments or Stripe accounts. Merchants can charge customers in135+ currencies.

👋 I’m super excited to officially announce @Nomod, an idea that we’ve been quietly working on since late 2019

Nomod is a beautifully easy way for merchants around the world to accept card payments on their phone with no extra hardware 💳📲 https://t.co/3eWaPtmD3h

Nomod is currently focused on the MENA market

The company’s primary markets include emerging economies Saudi Arabia, the UAE and Bangladesh, with early acquisition in the MENA and GCC region, the report said.

At the same time, the platform is accessible in over 40 countries across Europe, the US, Australia and Asia. Nomod is also currently testing its product in Nigeria and South Africa for future expansion.

Payments in local currencies are available in the US, the UK and the UAE for now, whereas an FX cost is applied in other markets, according to the report. The platform will be optimised for local currencies once adoption takes off in these markets. 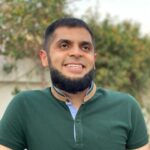 “Our ambition is to build a financial operating system for forward thinking businesses. Whether it be holding money, spending money, accepting or making payments, or getting access to capital to grow, our mission is to empower millions of entrepreneurs and startups around the world to start and grow their businesses with access to better payment tools and financial services, great support, and always striving for better,”

Nomod had been in development since 2019, and launched just this year. The platform has so far acquired over 4,700 merchants, and total processed volume has grown 11x since launch, Kassim said.

Africa and the Middle East, the Next Battleground for E-Commerce Companies