In the Middle East and North Africa (MENA), fintech has emerged into the preferred investment target of investors. Between 2019 and 2021, the fintech sector captured the largest portion of dollars invested across all tech sectors, more than double enterprise software-as-a-service (SaaS), the second biggest tech sector for the period.

This is according to The State of Digital Investments in MENA 2019-2021, a report released earlier this month by the Digital Digest and Arabnet that looks at the tech investment landscape in the MENA region.

According to the study, tech investments in MENA skyrocketed in 2021, reaching a new record of US$280 billion through 664 rounds. The blockbuster year saw the number of deals grow by roughly 60% year-on-year (YoY) while the value of deals more than tripled. 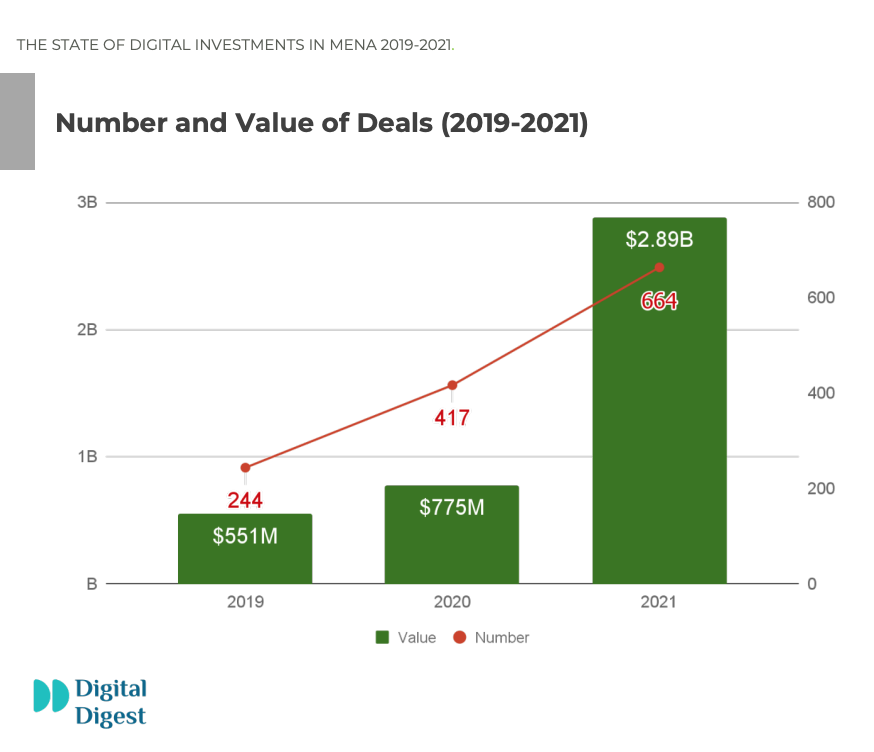 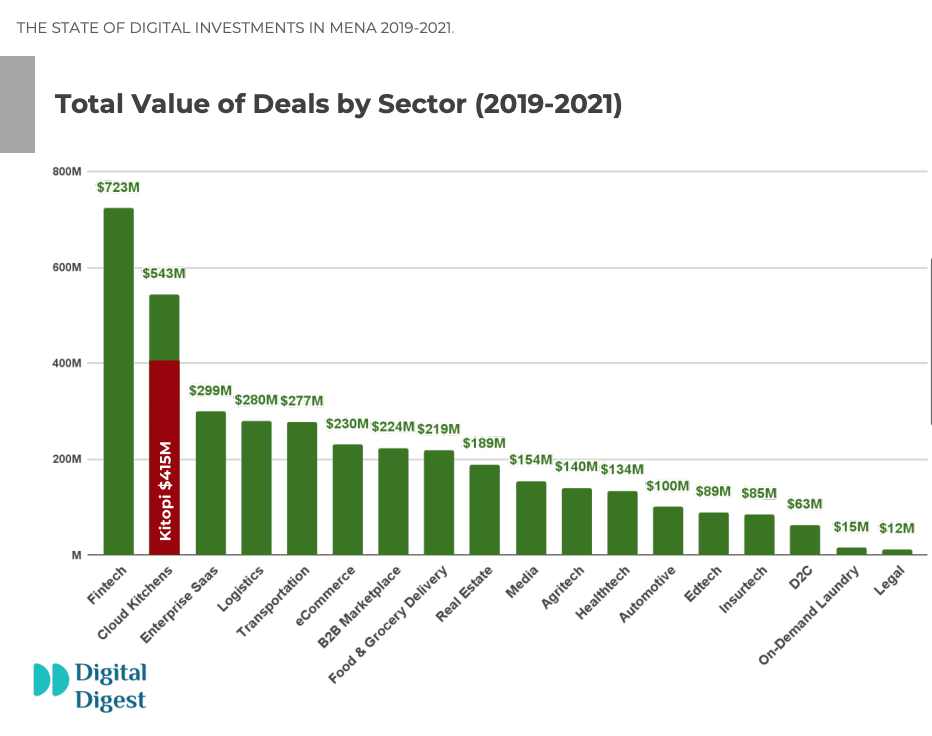 Fintech segments including buy now, pay later (BNPL), cryptocurrency exchanges, wealthtech and open banking/API platforms stood out during the period, with startups in these categories closing massive rounds of funding.

Much like other parts of the world, 2021 was a blockbuster year for BNPL as customers eagerly embraced these solutions for their convenience. In MENA, players in the BNPL space secured some of the region’s largest rounds of 2019-2021 with notable investments that included a US$120 million fundraise secured by Mnt-Halan, a fintech ecosystem and super app from Egypt that provides BNPL, micro-lending and peer-to-peer (P2P) lending, among other functionalities; US$150 million in debt and equity financing secured in 2021 by Tabby, a BNPL player from the United Arab Emirates (UAE) that claims over 1.1 million active users who shop with more 3,000 brands monthly; and a total of US$116 million raised in 2021 by Tamara, a Saudi Arabian BNPL platform that’s said to be serving some two million customers.

The BNPL frenzy is likely to continue this year with Tabby already completing a Series B extension of US$54 million in March this year.

After BNPL, wealthtech was another hot fintech segment in MENA between 2019 and 2021. Wahed Invest, an Sharia-compliant investment app, has raised US$40 million since its inception back in 2017. The company, which is headquartered in the US, has become one of the fastest-growing Islamic fintech startups in the world, now serving over 250,000 customers around the world. Wahed Invest is however currently facing charges from the US Securities Exchange Commission for making misleading statements, breaching its fiduciary duty, and for compliance failures related to its Shariah advisory business.

Besides Wahed Invest, Sarwa is another wealthtech startup that has secured considerable funding over the past three years. The Abu Dhabi-headquartered company closed a US$15 million Series B in August 2021 bringing its total financing to date to over US$25 million. Founded in 2017, Sarwa is a personal finance and investment platform that allows users to invest easily and affordably. In addition to a robo-advisory service, the company also lets retail investors trade stocks and exchange-traded funds (ETFs).

Baraka is a newer player in the wealthtech scene. Founded in 2020, the company introduced its stock trading app just last year, allowing users in the UAE, Saudi Arabia, Bahrain, Oman, and Kuwait to trade over 5,000 US-listed securities including stocks, ETFs and fractional shares. Baraka has already managed to secure backing from prominent investors including Y Combinator, Global Founders Capital, Tribe Capital, VentureSouq, and Careem co-founder Abdulla Elyas, and raised a total of US$5 million in 2021.

After wealthtech, crypto exchanges were another coveted fintech category. Rain, a licensed crypto exchange brokerage and custodian servicing the Middle East, Turkey, and North Africa, secured US$6 million in a Series A funding round in June 2021. In January 2022, it closed a massive US$110 million Series B funding round to expand its team and launch in new markets, including Turkey and Pakistan.

In the UAE, BitOasis claims to be MENA’s largest cryptocurrency exchange, serving customers across the region in countries such as Saudi Arabia, Kuwait, Bahrain and Oman. Founded in 2015, BitOasis raised a US$30 million Series B in October 2021 which it said it would use to further expand its regional presence and acquire licenses where available.