CoverGo Expands to the Middle East With Noria Capital’s Investment

Insurtech CoverGo announced that it is expanding to the Middle East in partnership with insurtech fund Noria Capital following its US$15 million Series A fundraise earlier this year.

The company’s Series A, which closed in May 2022, was led by SemperVirens venture capital fund’s Caribou Honig, who is also founder of insurtech conference InsureTech Connect.

The company’s expansion in the Middle East is led by newly appointed Regional Director George Majdalani, who has 17 years experience in digital and health insurance innovation.

Founded in 2016 with offices in Hong Kong, Singapore, Vietnam and California, CoverGo recently set up its presence in the Dubai International Financial Centre (DIFC) and became part of DIFC Fintech Hive. 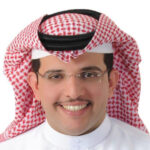 “CoverGo is uniquely positioned to become the insurance platform market leader, in particular for health insurance in the Middle East, and help companies accelerate their digital transformation without heavy IT development,” 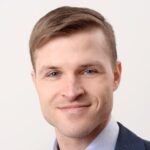 “The strategic investment from Noria Capital will further accelerate CoverGo’s growth in the Middle East and provide relationships with key partners and insurance companies in the region,”