The fundraise will be used to expand Tabby’s product line into next-gen consumer financial services and support the company’s growing operations. This round makes Tabby one of the most valuable startups in MENA and the first in the GCC to receive funding from PayPal Ventures. 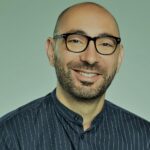 “With rising interest rates and growing inflation, it has never been more important for people to have access to payment flexibility to stay in control of their finances. Despite downward pressure on fintech valuations, our business continues to sustainably scale as we lead the generational shift towards fair and transparent financial products in MENA.”

“We’re excited to grow with an incredible set of investors who believe in the opportunity to create a healthier relationship with money for consumers in a region that’s ripe for change.”

The company works with over 10,000 brands including 9 out of the 10 largest retail groups in MENA, and more recently launched with noon, the region’s largest ecommerce marketplace. Last year, Tabby crossed 3 million active shoppers, expanded its operations to Egypt and grew 5x in revenue over the previous year.

Amongst its other milestones, the fintech company has issued over 150,000 Tabby Cards only six months after launching its cards program with in-store sales now making up over 10% of the company’s volumes.