Bahrain is looking to move the country’s economy away from oil, leveraging its financial hub credentials to attract fintech companies. In partnership with government ministries and other public sector agencies, the Economic Development Board (EDB) is pushing to develop a globally innovative and competitive economic model. 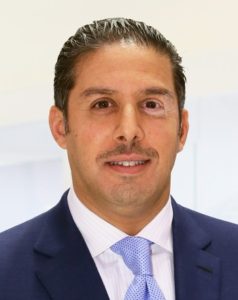 “Today, Bahrain’s economy is 80% non-oil. [But nearly] 17% of total GDP is made up of financial services because the country has been a regional hub since the 1970s,” Khalid Al Rumaihi, chief executive of EDB, told the Banker. “So we want to protect and develop that position while preparing for a future in which technology is going be a game changer.”

The Central Bank of Bahrain established in June 2017 the fintech regulatory sandbox to do just that by allowing fintech companies and startups to test and experiment with their banking ideas and solutions without heavy supervision and licensing.

According to Al Rumaihi, Bahrain’s key advantage over other sandboxes in the region, including Abu Dhabi and Dubai is that it is onshore. “Other countries that have developed sandboxes have done so in offshore centers or free zones. In Bahrain, we have onshore capability,” Al Rumaihi said.

The main difference and drawback is that fintech startups operating in offshore jurisdictions are restricted from engaging with onshore companies and individuals. “If a payments system provider or peer-to-peer lender wants to offer its services to a company or individual onshore, they can’t because they operate in a free zone,” Al Rumaihi explained. “We have had companies out of neighboring countries come to us because we are the only onshore sandbox in the region.”

PayTabs, a Saudi company specializing in online payment solutions, set up a base in the Bahrain Fintech Bay in May.

“Internet penetration in the kingdom is over 90% – one of the highest in the world and it is only natural that e-commerce thrives against this backdrop.”

The Bahrain Fintech Bay was launched in February to support the development and acceleration of fintech firms, as well as the interaction between investors, entrepreneurs, government bodies and financial institutions.

“Fintech Bay is not just a space, it is a whole ecosystem that sits on top of the space,” said Fintech Bay chief executive Khalid Saad, referring to the 10,000 square foot space in Manama’s Arcapita building. The hub offers co-working spaces, communal areas and workstations, but also extensive support for companies interested in the fintech sector. Services for startups include one-stop business setup through the EDB, as well as support for attracting customers and investment.

To date, more than two dozen corporations, including Cisco, Microsoft and Batelco, have signed on as sponsors. “Our partners all bought into the vision that fintech touches upon everybody,” said Saad. “It is important to embrace innovation, and it is important to collectively move together.”