African payments company Flutterwave announced that it has secured US$170 million during its Series C round, attaining unicorn status with a valuation of more than USD $1 billion.

Founded by entrepreneur Olugbenga Agboola in 2016, the fundraise brings the total investment in Flutterwave to US$225 million.

Flutterwave will invest the new capital to accelerate customer acquisition in existing and international markets, as well as develop complementary and innovative products such as the newly launched Flutterwave Mobile, an app to help accelerate ecommerce growth as a result of the success of the Flutterwave Stores.

Flutterwave has reportedly reached over 290,000 merchants and over 500,000 registered Barter users, launched a range of new products and partnerships and expanded its infrastructure into over 33 countries in the past 4 years. 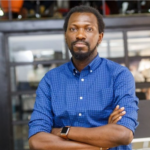 “When Flutterwave was founded in 2016, the payments landscape in Africa was highly fragmented so the goal was to build a pan-African platform that simplified payments for everyone.

This humbling support has created the backbone upon which companies like Flutterwave have been able to thrive.”