This was the first time a live drone show had been performed in Qatar. 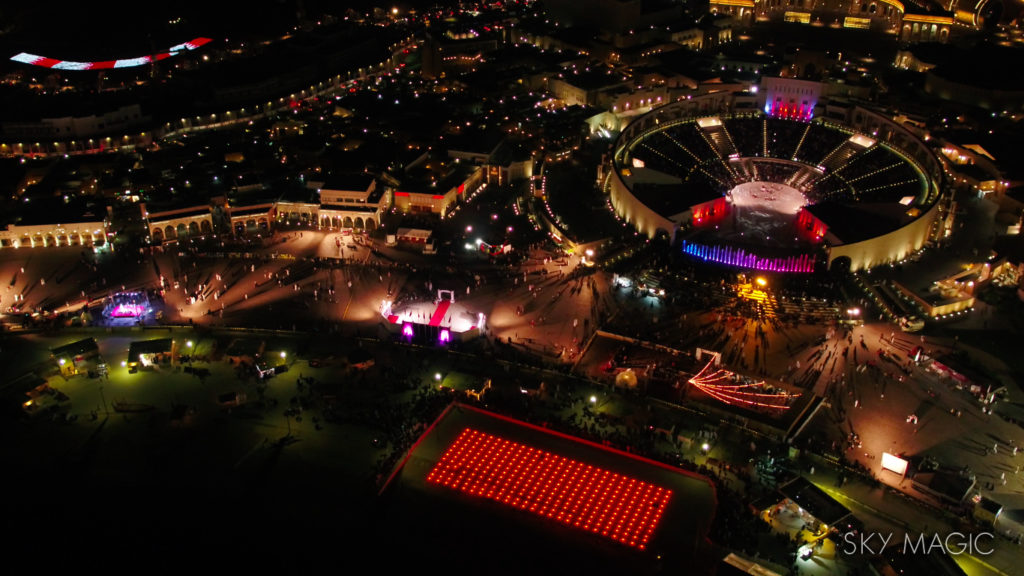 The celebrations kicked off with a series of drone formations showcasing symbolic images of Qatar, accompanied by traditional Arabic music. The formations began with a giant heart with the word “Qatar” in Arabic, which morphed into a giant outline of Qatar.

These were followed by an image of an Oryx, the national animal of Qatar, running across the night sky. Next was a formation that outlined a traditional wind tower and the modern torch tower, both of which symbolize prosperity.

The highlight of the drone show was a larger-than-life portrait of HH the Emir of Qatar and a magnificent flashing Qatar flag. These were performed 200m above the ground, spanning a 360m-wide area. The show’s key message was to celebrate Qatar’s journey towards prosperity, beginning from a barren desert to a prosperous nation with the world’s third-highest GDP per capita. Highlight Video:

The drone show was powered by Sky Magic, a Singapore-based startup. With its in-house cutting-edge certifiable autopilot system and state-of-the-art drone show technology, Sky Magic engineered its own software and hardware for both indoor and outdoor live event applications. This proprietary distributed swarming algorithm and data fusion enables real-time generation of feasible and smooth collision-free trajectories for hundreds and thousands of drones.

The fully autonomous fleet of drones is designed to be easy to operate, safe and reliable. The system promises to astonish the audience with an extravaganza show in close proximity.

Since its inception in 2015, Sky Magic’s production of drone shows has worked towards its vision of “transforming the sky into an informative 3D display”. Utilizing aerial space, we deliver not only drone formations but also a creative and effective presentation of messages.

The team behind Sky Magic is a truly global one, with its co-founders hailing from four different countries: Singapore, Malaysia, Japan, and China. Two of the co-founders, in particular, hold PhDs from Nanyang Technological University in Singapore. With their diverse backgrounds, the team has found itself able to deliver drone shows that uniquely suit their customer’s needs. 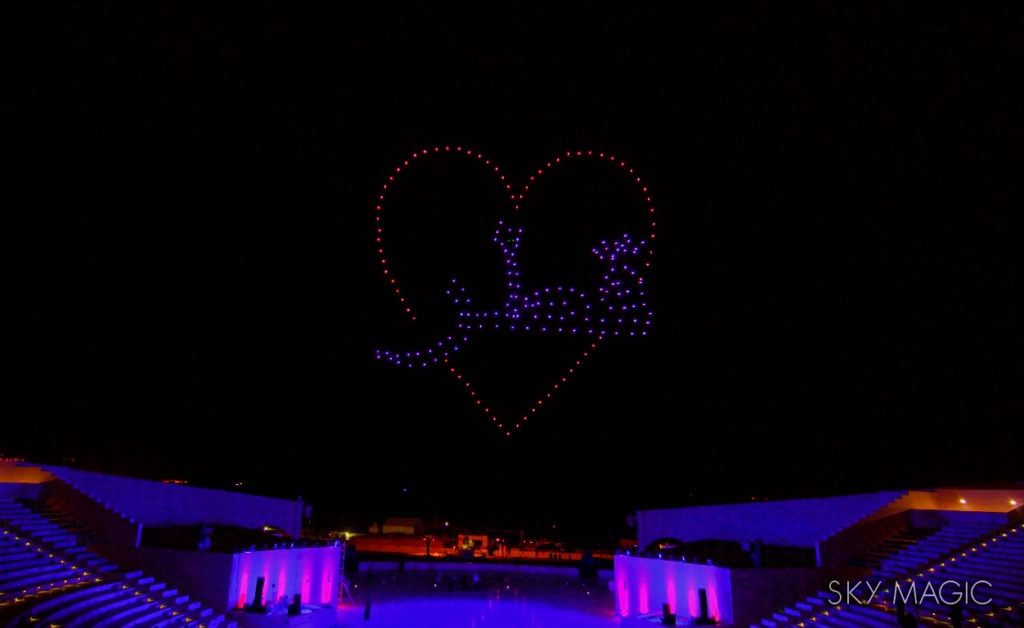 Sky Magic’s ultimate goal is to re-innovate relevant industry with swarming technology, for example, smarter goods delivery with hundreds and thousands of drones, efficient save & rescue tasks with a drone fleet. We deeply believe that Sky Magic’s production of drone shows is but a first step to a broader range of applications of its core swarm technology in the near future