Zurich International Life announced that it has expanded ZurichPro’s digital capabilities in partnership with Singapore-headquartered automated advisory fintech 360F.The move will especially service in-force policies, reviewing their sustainability with re-illustration functionalities. 360F’s modern pricing engine, built for the initial launch of ZurichPro in 2020, will be utilised towards the same.The engine built by 360F runs on an efficient and scalable codebase, and has been enhanced with in-force specific versioning logic and validation, a statement from the company said. It is been integrated with product modularisation to reduce maintenance efforts, and provide customer-centric use cases. 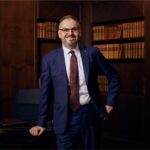 “This is another step in our digital transformation journey, allowing advisors to seamlessly service customers for both new and existing business,”

ZurichPro is an omnichannel sales solution. Launched in November last year, it helps to digitise the financial planning journey, and enable omni-channel distribution of Zurich Middle East’s insurance products. According to the statement, ZurichPro processes up to 2,000 quotations per day, and 10,000 applications each month. It is also connected to about ten white-labelled digital distributors.

The product was developed by 360F for Zurich Middle East, under Zurich International Life. 360F is a Singapore-headquartered fintech automation company that provides services for insurance and wealth management advisory. The company’s solutions help financial service providers and distributors migrate their legacy systems to a digital platform.

Earlier based entirely in Asia, the company entered the Middle East market last year with Zurich Middle East as their anchor client. 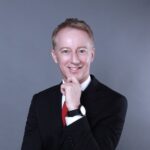 “We are grateful to be working with the market leader in the Middle East to develop a new level of distribution skills where the focus is not only on new business but also customer centricity as the baseline for any digital journey,”

360F’s technology is able to reduce the quotation time from 10 days to a few minutes, determine at least 45% of medical underwriting automatically, and enable digital payments and KYC. The product is also integrated with a 360-NeedsProfiler, which helps customers identify their financial protection needs.ZurichPro essentially digitises Zurich Middle East’s value chain. This is a reflection of growing insurtech activity in the Middle East region, as insurers adopt innovation in a bid to compete in a mature market.The GCC is one of the fastest growing insurance markets in the world. And although growth in the insurance market has slowed since 2016, insurtech activity has doubled in the same period.