2017 was the year initial coin offerings (ICOs) became mainstream. The fundraising method has raised in popularity and is now being used by an increasing number of startups in blockchain and cryptocurrency space looking for capital. In 2017 alone, startups raised more than US$3.5 billion was raised through token sales.

While the ICO phenomenon has taken off in most parts of the world, startups in the Middle East still mostly rely on traditional venture capital funding. UAE-based Arabianchain raised US$817,000 last year from Ahmad Abdullah Bugshan, a board member of Arabian Bugshan and the vice president of the House of Invention International.

Arabianchain Technology has built the first public, decentralized and consensus-driven blockchain in the Middle East and North Africa (MENA) region. Arabianchain allows for self-executing and globally accessible smart contracts and decentralized applications to be developed, and for digital tokens to be transacted, tracked and safeguarded over a network of devices.

Another startup named BitOasis raised its first round of funding in May 2016. Led by Wamda Capital, the round included Barry Silbert’s Digital Currency Group (DCG), Samih Toukan, the serial tech entrepreneur chairman of Jabbar Group, as well as Payfort and other tech angel investors based in New York and Dubai.

Based in the UAE, BitOasis provides a bitcoin wallet and exchange platform.

Some startups, however, have opted for ICOs. Islamic financial services and technology company OneGram launched its token sale last year in partnership with GoldGuard, a gold trading platform licensed by the Dubai Airport Free Zone.

The Dubai-based startup uses blockchain technology to create a new kind of cryptocurrency, where each coin is backed by one gram of gold at launch. It claims to offer the world’s first sharia compliant cryptocurrency.

OneGram aims to raise more than US$500 million in capital. Blockchain startup Connectjob is currently running a coin pre-sale until November 2018. The company has already raised over US$5 million and through Centurion it is offering Middle East customers a 25% discount on tokens that can be used on its network.

Connectjob itself is not based in the Middle East but has signed a partnership with Dubai-based investment form Centurion to launch services in the UAE and conduct a token sale.

Connectjob is developing a platform based on the Ethereum blockchain that connects freelance day-to-day job seekers to users requesting services via an Uber-styled geolocation service.

ICO regulation in the Middle East

But the ICO craze has also shrugged off concerns, citing worries about security, regulation, volatility and a speculative bubble.

In the Middle East, regulators in countries such as Israel and the UAE have shared their views on ICOs. 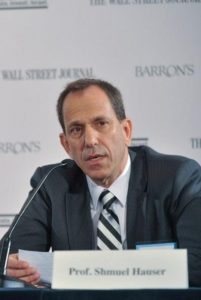 In December 2017, the chairman of Israel Securities Authority (ISA), Shmuel Hauser showed a rather positive attitude towards ICO as a promising crowdfunding mechanism.

He said that the practice should receive a welcoming legal and regulatory response to give Israel a chance to develop into an international ICO hub and become an international financial center.

“We’ll have to consider extending supervision to currency securities and defining an appropriate regulatory framework different from the one we know for securities offerings,” Hauser said.

The UAE on the other hand has taken a more cautious approach, with the Dubai Financial Services Authority issuing a warning on ICOs risks in September 2017.

Meanwhile, the regulator in the Emirate of Abu Dhabi, the Financial Services Regulatory Authority (FSDA), is planning to strictly regulate cryptocurrencies and ICOs. According to Abu Dhabi regulators, digital currencies are “commodities” and the majority of ICOs will be regulated as “specified investments.”