Pakistani digital banking startup Tag has secured over US$12 million in the largest seed funding round to have taken place in South Asia. With the fundraise, Tag’s valuation now stands at US$100 million, TechCrunch reported, with the company closing the deal in two weeks’ time.

The round was raised from Liberty City Ventures, Canaan Partners, Addition, Mantis and Banana Capital. Liberty City Ventures led the seed round, Bloomberg reported. It takes Tag’s total capital pool to over US$17.5 million. Tag was part of Y Combinator’s summer 21 cohort. 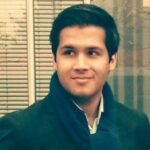 “We are trying to become both Revolut and Paytm in Pakistan,”

Founded last year by Gondal, Ahsan Khan, and Alexander Lukianchuk, Tag is headquartered in Islamabad. It previously raised US$5.5 million in a pre-seed funding round. It was reported in June this year that Tag was looking to start commercial operations in the space of “two to three months.”

The digital retail banking startup’s flagship app comes with a free Visa debit card. Tag accounts are enabled for instant P2P transfers as well as other bank transfers, and can receive international payments as well. They are also enabled for utility payments and mobile recharges.

Fintech startups such as Tag make hay amidst funding boom

Pakistan’s startup ecosystem is blooming. According to a recent report by Checkout.com, startup funding in Pakistan has reached US$125 million this year, as compared to just US$8 million five years ago.

Fintech startups in Pakistan saw funding surge in Q1 this year, reaching US$19.3 million. In March this year, SadaPay closed what was previously the largest seed fundraise by a Pakistani startup, at US$7.2 million.

Other Pakistani fintech startups that have raised funding this year include Finja, CreditBook, CreditPer, KTrade, Abhi and Safepay.