AMF’s Buna and Mastercard to Provide Interoperable Services Through MoU

The Arab Monetary Fund (AMF) and Mastercard have signed an MoU to allow for interoperability between Mastercard and Buna, the AMF’s cross-border multi-currency payment system.

The partnership seeks to boost cross-border payments across the Arab region and international markets, according to a statement by the AMF. Buna and Mastercard Cross Border Services will provide participants with an efficient and secure reciprocal route to increase their footprint in the payment industry.

“With 95% of consumers in the Middle East and Africa embracing the power of digital payment technologies, it is crucial that we build infrastructure that enables the seamless movement of money.

Our partnership with AMF will serve to boost cross-border trade in the region and connect governments, businesses and consumers faster than ever before,”

Buna secured a similar collaboration with Visa earlier this year

The AMF had previously announced a similar partnership with Visa in August this year. Through an MoU, the two organisations announced plans to build mutual interoperability, add additional rails of money transfer between the two systems, and offer diversified payout options. 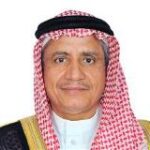 “Both Buna and Mastercard will capitalise on this partnership to add value to their respective ecosystems, by creating innovative solutions, in the cross-border and multi-currency payment field, that are diversified, efficient, and easy to access.

The aim is to achieve better risk control and to cater for the strategic and evolving needs of the financial and payment community in the Arab region and beyond,”

said Dr. Abdulrahman A. Al Hamidy, Director General Chairman of the Board of the Arab Monetary Fund.

Al Hamidy added that building interoperability between Buna and Mastercard was a “strategic milestone” for the Arab region’s clearing and settlement payment system plan to secure commercial and investment ties regionally and in global markets as well.

Buna was launched in February last year and went fully live in December 2020.

Bill and Melinda Gates Foundation Donates US$1.5 M to Strengthen Cybersecurity in Africa and Asia