Israeli payment solution provider and fintech unicorn Rapyd is opening an office in Dubai as it aims to resolve a talent shortage in Israel.

The company is setting up shop in the emirate to attract international talent, and also started an advertising campaign this week targeting east Europe-based coders willing to relocate to Dubai, Bloomberg reported.

According to Rapyd CEO Arik Shtilman, Rapyd has plans of growing its staff in Dubai to about 100 people in 18 months. Rapyd’s Dubai location will serve as its base for expansion in the MENA region, and will also employ engineers to build the company’s offerings.

Rapyd is currently valued at nearly US$9 billion, and raised US$300 million this year in a Series E led by Target Global. 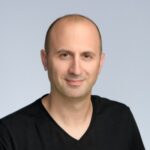 “We won’t be the only ones. In 12 months time, you’ll see quite a lot of Israeli companies opening there,”

Shtilman also said, adding that over 10 Israeli startups have reached out to the chief executive for his advice on opening a Dubai office.

The UAE has been working on initiatives to bring in international tech companies and talent. Under its National Program for Coders, the country announced that it would be issuing 100,000 10-year golden visas for coding talent in the country. It also partnered with the Emirates Group to launch the UAE’s first coders club, EK Koders.