According to TechCrunch, Telda aspires to be a digital bank but it was only able to receive approval from the Central Bank of Egypt (CBE) to launch its Mastercard card and mobile application in July.

The company started operations in September and has onboarded 25,000 cards so far, with another 110,000 customers waiting for their cards to be issued.

Telda was founded in 2021 by transportation app SWVL co-founder Ahmed Sabbah and former Uber engineer Yousef Sholqamy. The company first raised US$5 million in May 2021 in a seed round led by Sequoia Capital. 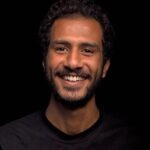 “Telda is a financial brand aimed at providing Egyptians with easy and convenient access to financial services. Our mission is to drive financial evolution in Egypt and the region by offering simple ways for people to send, spend and save money in their daily lives,” 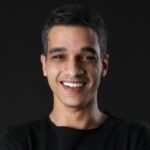 “In Egypt, dealing with money is still a complicated matter; making it easy and straightforward will have a large impact not just on the economy but also the society as a whole,”

10 Top Fintech Startups in Egypt to Keep an Eye On