Saudi Arabia’s fintech industry has continued to grow at a rapid pace in the last 12 months according to the recently published Fintech Saudi Annual Report 2021/2022.

According to the report, the number of active fintech companies in Saudi Arabia rose by 79% during the period, with funding inflows exceeding US$400 million (SAR 1.50 billion).

This uptrend was seen in almost all fintech areas, especially open banking. For example, the Saudi central bank added two batches of open banking startups to its regulatory sandbox this year.

Fintech Saudi expects 2022/2023 to be another significant period for the fintech industry with the launch of three new digital banks, as well as new regulations by the Saudi Central Bank (SAMA) and Capital Markets Authority (CMA). 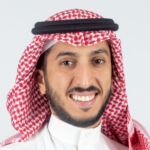 “This year has been a significant year for the development of the fintech industry in the Kingdom with the launch of the fintech strategy, which will drive Saudi Arabia to become a global fintech hub.

We are pleased that we are on the way to achieving this target with 147 fintechs now active in the Kingdom.”