Is Fintech The Answer to Costly Fees for Cross Border Remittances in MENA?

It is very common in the Gulf Cooperation Council (GCC) part of the Middle East North Africa (MENA) region for expatriate workers to send money back to their native countries to support dependents.

If anything, these cross-border remittances are the main focus for a number of migrant groups in the region, with many working in the more affluent GCC countries like the United Arab Emirates (UAE) with the sole intention of sending funds home.

Mastercard’s Borderless Payments Report 2021/2022 reported that around 89 percent of consumers around the world made cross-border remittances in the past year, with the express purpose of supporting children, family, or friends who live in other territories.

The global survey of 8,000 consumers spread over 15 markets found that in the UAE, in spite of an improved economic outlay and the reopening of borders for travel, two-thirds (66%) of residents actually sent out more money to dependents abroad than during the pandemic period.

“Concerns about these family members are one of the main reasons the number of cross-border payments continues to increase — especially in countries with large numbers of migrant workers, who traditionally send remittances to their families back home,”

outlined the Mastercard study, which found that more than half (54%) of UAE residents reported their families required additional financial assistance as they were still reeling from the aftereffects of Covid-19.

Speed of transmitting the funds was the top consideration for UAE users polled, with over half (54%) saying secured delivery to the recipient within 24 hours was the main factor when considering cross-border remittances. But this is not the only drawback with existing systems. 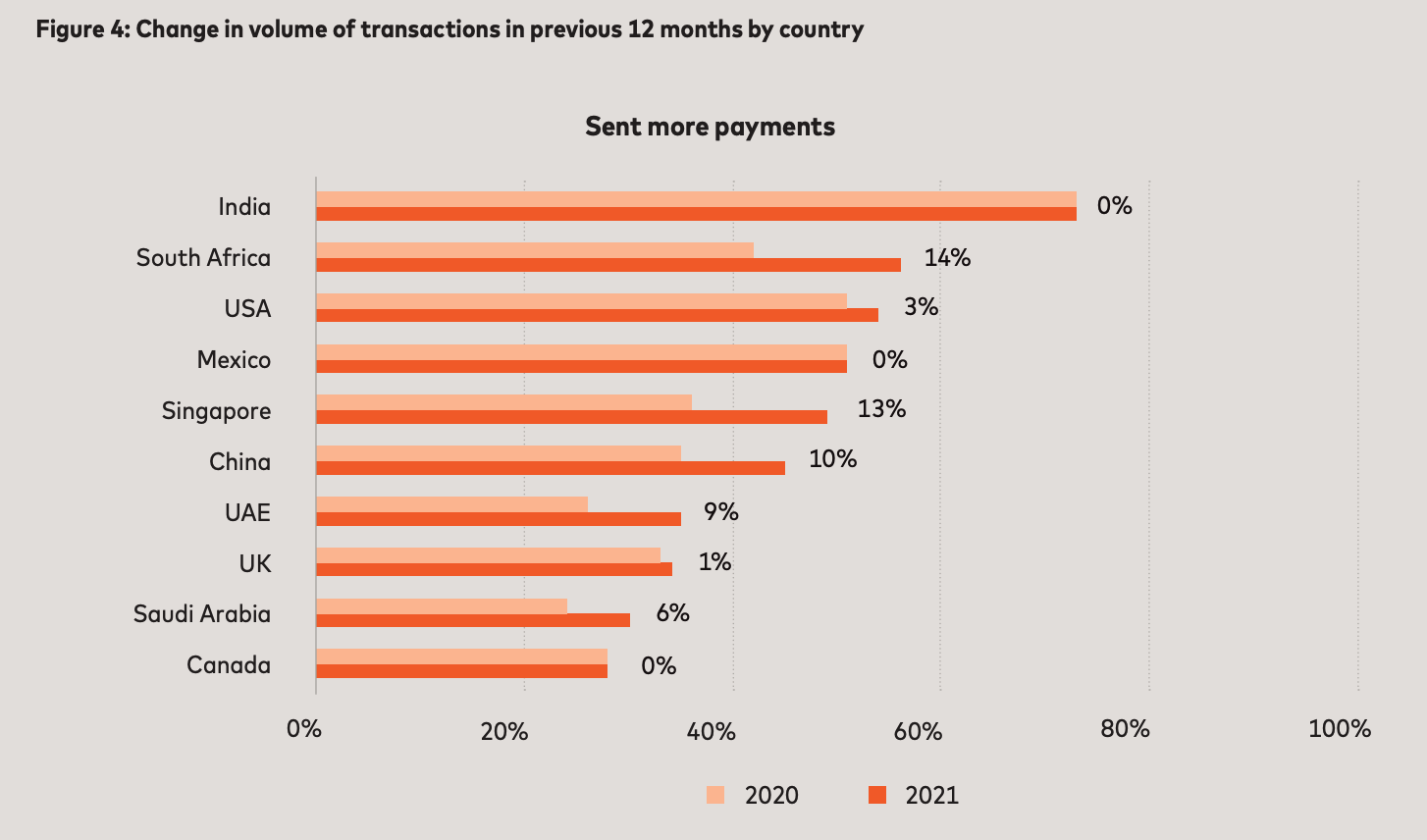 Change in volume of transactions in previous 12 months by country

As with any other sizable remittance market, the UAE cross-border payments scene was led by a few major players. And as with any service that is deeply in demand due to a lack of competition, the incumbents could charge high transaction fees and exorbitant exchange rates, according to Amir Fardghassemi, the founder and CEO of Jingle Pay, a fintech startup based in the UAE. 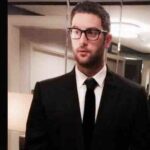 Like how disruptive fintech is powering financial inclusion in regions around the world, Jingle Pay is enabling easier and more affordable cross-border transactions with its remittance marketplace model.

Likening it to an “Amazon of remittances,” Fardghassemi told PYMNTS that app users who want to transfer money to another country will not need to do comparison studies “to cross-check different currencies and fees across different exchange houses or providers.”

Instead, they can look at a single marketplace interface to see all the remittance rates, senders, and exchange values in one go – akin to how many e-commerce sites design their marketplace UIs. So users can “see what everyone’s offering and either select the best price with the best payout, or they can select one brand over another if they have specific loyalty [with] a certain provider,” the Dubai-based startup’s founder told PYMNTS.

Fardghassemi says that cross-border remittances will be just one offering of his financial app, having since added other services such as peer-to-peer (P2P) payments, open banking, card services, and the option to send funds to a number of traditional channels including bank accounts, cash pickup points, and mobile e-wallets.

To solidify Jingle Pay as an established provider of international payment services in the region, the company is working to flesh out its network of partnerships and working relationships. Besides working with banks and fintechs across various territories, the app has inked a strategic partnership with global payments juggernaut MoneyGram to enable Jingle Pay users to transmit money to over 200 international countries.

“The more providers you have, and the players like MoneyGram […] make the whole proposition a bit more interesting because there are more options to choose from,” explained Fardghassemi.

Payments alternatives on the blockchain

Similarly, blockchain-based cryptocurrencies have been hailed in some economies as a possible monetary savior to replace ‘fiat’ currency. This includes facilitating cross-border payments, where the Ripple blockchain with its XRP tokens and Stellar blockchain with its XLM tokens have set themselves apart as mainstream alternatives that can be deployed by various banks and payment providers to enable a variety of local and international transaction types.

With a strong focus on governance, Ripple has joined an international collection of financial institutions and payment processors to form the RippleNet. RippleNet brings together fintechs and traditional banks like Bank of America and PNC Bank to enable cross-border remittances – including passing on the lower transactions fees and faster processing times by virtue of being connected via the same network.

Ripple has been leveraged to power euro-to-euro payment corridors utilising a combination of RippleNet and Nium’s global money transfer network – while Nium itself is harnessing the Stellar blockchain to help clients make international payments in more than 100 currencies, to over 190 countries.

QNB Group, an arm of the Qatar National Bank (QNB) and one of the largest financial organisations in the MENA region, has similarly tapped RippleNet on the Ripple blockchain earlier this year to scale its own cross-border remittance services to multiple countries as quickly as possible.

National Bank of Fujairah To Set Up SME Banking Platform