In 2022, technology startups in the Middle East and North Africa (MENA) region continued to attract funding, securing a total of US$1.8 billion in the first half of the year, a sum that represents a 46% year-over-year (YoY) increase, data from Magnitt show.

The momentum continued during the second half of 2022 with numerous large sized deals being closed.

A new report by Forbes Middle East shows that the top 50 most-funded tech startups in MENA raised a total of US$3.2 billion in 2022, a 6.7% YoY increase compared to 2021’s US$3 billion. This indicates that despite the global funding contraction, MENA tech startups continue to attract the interest of investors.

The 2022 ranking, which lists the region’s most well-funded tech startups, shows that fintech has so far been a favored sector. Of the 50 companies part of the list, 21 are from the fintech industry, attracting a total of US$1.3 billion in funding so far.

In addition to these 21 companies, three originate from other segments but have since expanded to banking and financial services.

Today, we look at the top 15 fintech companies of the list, looking at what they’ve been up to, their latest moves, and what we can expect from them in the year to come. 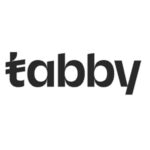 Founded in 2019, Tabby is a buy now, pay later (BNPL) startup originally from the UAE that allows shoppers to slip their purchases into four interest-free payments, online and in-store.

Over 5,000 global brands and small businesses, including H&M, Adidas, Ikea, Shein, and Bloomingdale’s use Tabby’s technology, and the company claims more than 2 million active users. Tabby is active in the UAE, Saudi Arabia, Kuwait and recently launched in Egypt.

The startup has raised more than US$275 million in funding, its latest round being a Series B extension secured earlier this year. The company said it would use the proceeds to expand its consumer product offering and facilitate its international expansion.

Launched in September 2020, Tamara is a BNPL startup from Saudi Arabia allows customers to slip their payments interest-free at leading retailers including Shein, Namshi, Fitness Time, Faces and Swarovski, in addition to local small and medium-sized enterprises (SMEs).

Tamara claims it has attracted over 3 million customers and more than 4,000 partner merchants.

The startup has raised US$216 million in equity and debt. Its latest round was a US$100 million Series B equity round secured in August 2022, which it said it would use to expand its product offering across payments and shopping in addition to launching in new markets.

Founded in 2017, Yassir is a super app from Algeria that provides its users with a suite of on-demand services including ride-hailing, food and grocery delivery, as well as financial services to help users pay, save, and borrow digitally.

The company operates in six countries and 45 cities throughout the world, and claims it is used by more than 8 million users, with over 100,000 partners part of its ecosystem, including drivers, couriers, merchants, and wholesalers, among other gig workers and vendors.

Yassir landed one of the continent’s largest raises of 2022 with a US$150 million Series B in November. The startup said it would use the proceeds to expand its reach into the region. The startup has raised $193.25 million in funding so far.

Founded in 2017, Rain Financial is a licensed crypto-asset service provider originally from Bahrain. The company provides a platform that allows users to buy, sell and store cryptocurrencies at competitive pricing and fees, giving investors access to more than 70 digital assets.

Rain Financial operates in six countries and says it has recorded more than US$2 billion worth of transactions and amassed over 200,000 active users.

The startup closed a US$110 million Series B round in January, which it said it would use to secure licensing in other countries, enhance its technology and continue growing its team. According to Forbes, Rain Financial has raised a total of US$118 million in funding.

Founded in 2015, Paymob is an Egyptian omnichannel payments facilitator in the Middle East, North Africa and Pakistan (MENAP) region. The company offers a comprehensive payments infrastructure that includes over 40 online and in-store payment methods, point of sale (POS) terminals, and the Paymob application.

Paymob claims to hold a 87% market share of mobile wallets processed volumes in Egypt, and says it serves over 16.5 million registered users on its infrastructure railways for mobile wallets, as well as over 150,000 SME merchants.

In November 2022, the company announced that it had embarked on the next phase of its expansion plans by making the UAE its regional hub. It plans to hold its offering in the country in 2023.

Paymob closed a US$50 million Series B in May, bringing its total funding to over US$68.5 million.

Founded in 2019, Postpay is a BNPL player that allows customers to pay for their purchase in three interest-free payments. The company, which is active in the UAE, says it has partnered with thousands of retailers. Postpay is backed by regional and international investors, including global BNPL leader Afterpay.

In February 2022, Postpay secured a debt financing deal from the Commercial Bank of Dubai (CBD) and inked a strategic partnership with the bank to enhance its suite of financial products.

Last year, it closed a US$10 million pre-series A funding round to accelerate the growth of the company and position it as one of the leading fintech players regionally. According to Forbes, Postpay has raised US$63.5 million in funding.

Launched in 2020, Khazna Tech is an Egyptian fintech startup targeting the unbanked population. The company offers general purpose credit, BNPL, and bill payment, and claims more than 150,000 active users. It says it caters to 50% of Egyptians who are active smartphone users and who lack access to formal financial services.

Khazna Tech has raised a total of US$47 million since its inception. The company’s latest round was a Series A round of US$38 million in equity and debt closed in March 2022, which it said it would use to ramp up its efforts to replace informal cash-driven alternatives across Egypt. 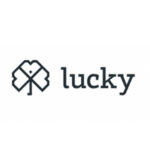 Founded in 2018, Lucky Financial is a fintech app in Egypt that connects users to a range of credit products, discounts and cashback rewards, which can be used in person and with local and global brands.

Lucky Financial claims over 8 million active users and a merchant network of more than 30,000 stores. The company, which operates in Egypt and Morocco, says it has seen a 250% year-on-year growth in gross merchandise volume (GMV).

Lucky Financial completed a US$25 million fundraise in March 2022, bringing its total funding raised so far to about US$48 million, according to Forbes. The company said it would use the proceeds to increase market leadership and build out its credit capabilities. 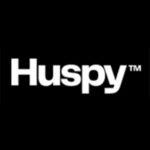 Launched in 2020, Huspy is the developer of an online mortgage platform intended to provide an easy home buying process. With Huspy, home buyers can access verified properties, shortlist homes and schedule viewings, as well as apply for a mortgage and secure approvals all on one platform.

Over the past year, Huspy has become a leader in the mortgages industry in the UAE, acquiring three mortgage businesses in the first eight months of 2022, and partnering with thousands of agents across the country. The company claims it has been growing at 25% month-over-month (MoM) has achieved a GMV of over US$2 billion.

The startup closed a US$37 million in a Series A round in June 2022 which it said it would use to spend in technological development and expand across Europe. According to Forbes, Huspy has raised US$45 million in funding.

Founded in 2020, Yap is the operator of an independent digital banking app. The company provides digital onboarding, a current account, an accompanying Mastercard debit card and an app featuring spending analytics, money transfers, bill payments, and real-time notifications of purchases, withdrawals and transfers.

Yap, which launched in April 2022, claims that more than 20,000 consumers had pre-registered to use its app.

The startup raised US$41 million in July 2022 with plans to expand into new markets and enhance its technology offerings. The company is looking to secure another US$20 million by the end of 2022, and according to Forbes, has secured US$45 million in funding in total.

Founded in 2017, Hala started as one of the first mobile wallets in Saudi Arabia, enabling individuals to make digital payments in various contexts, including peer-to-peer (P2P), and to offline merchants that are part of its network through QR codes.

In early 2020, the startup shifted its focus to provide financial services to SMEs, starting with a package that comes with a POS device, a bank account, and a Visa/Mada card.

Hala claims 40,000+ merchants using its Hala POS solution, and says it has recorded US$250 million+ worth of GMV being transacted through its POS solution so far.

Hala closed a US$6.5 million Series A in March 2021. According to Forbes, the startup has raised a total of US$43.4 million in funding. 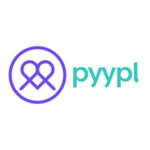 Founded in 2017, Pyyple is a payment technology company and financial services provider using blockchain in its core systems. The company provides a one-stop solution that makes payments as simple as sending a message. Its offering includes internationally accepted virtual and physical prepaid cards, instant domestic and international transfers, as well as remittances to more than 30 currency destinations.

Pyypl closed a US$20 million Series B in November and is now considering opening a second tranche for further investment due to interest from investors. The company said it would use the proceeds on regional expansion, product development, as well as new features for its proprietary technology platform. Pyypl has raised about US$40 million in funding in total.

Founded in 2017, Money Fellows is a mobile-based platform for group lending and savings from Egypt. The company aims to digitize money circles or what’s known as rotating savings and credit associations (ROSCAs), a form of P2P banking and P2P lending where a group of individuals agree to meet for a defined period in order to save and borrow together.

Money Fellows claims hundreds of thousands of monthly active users and a solid 8x YoY growth. The company says it has become one of Egypt’s favorite financial apps.

Money Fellows closed a US$31 million Series B in October 2022, bringing its total amount of funding raised since its inception to about US$38 million, according to Forbes.

Founded in 2019, Lean Technologies is an open banking startup. The company provides a platform and APIs that allow fintech innovators to seamlessly connect to their customers’ bank accounts to initiate real-time payments and retrieve their account information.

According to Lean Technologies, its solutions have been used for numerous applications including remittances, cryptocurrency, and investment spaces. Clients include Etisalat, Hubpay, Lulu Money, Careem, as well as crypto and trading companies such as Binance, BitOasis, and Sarwa.

Lean Technologies announced a US$33 million Series A in January 2022 which it said it would use to expand beyond the UAE and Saudi, and grow its team. The startup has secured US$37 million in funding, according to Forbes.

Founded in 2018, NymCard is a banking-as-a-service (BaaS) provider. The company offers fintech companies and other industry innovators the infrastructure to plug and play embedded finance into their applications with just one integration and one partner. It supports emerging use cases, including gig economy, multi-currency wallets, money transfers, corporate expense cards, on-demand delivery services, BNPL offerings, and youth banking applications.

NymCard has signed over 20+ clients in 2021 alone, and over 300 fintechs are said to be using its platform and sandbox environment.

The startup secured US$22.5 million in funding in December, bringing its total funding to over US$35 million.

14 Upcoming Fintech and Digital Finance Events in the Middle East