Egypt’s venture investment ecosystem has emerged as one of the most rapidly developing markets in the Middle East and North Africa (MENA), growing at a compound annual growth rate (CAGR) of 100% over the past five years, according to the 2020 Egypt Venture Investment Report by Magnitt in partnership with Egypt’s IT Industry Development Agency (ITIDA).

In 2020, Egyptian startups raised a new record of US$190 million in venture capital (VC) funding, up 30% year-over-year (YoY). The figure makes the country’s the second largest market in MENA in terms of funding amount and deal count, behind only the United Arab Emirates (UAE).

5YR venture funding evolution in Egypt by amount ($M) and number of deals (#), Source: Magnitt, May 2021 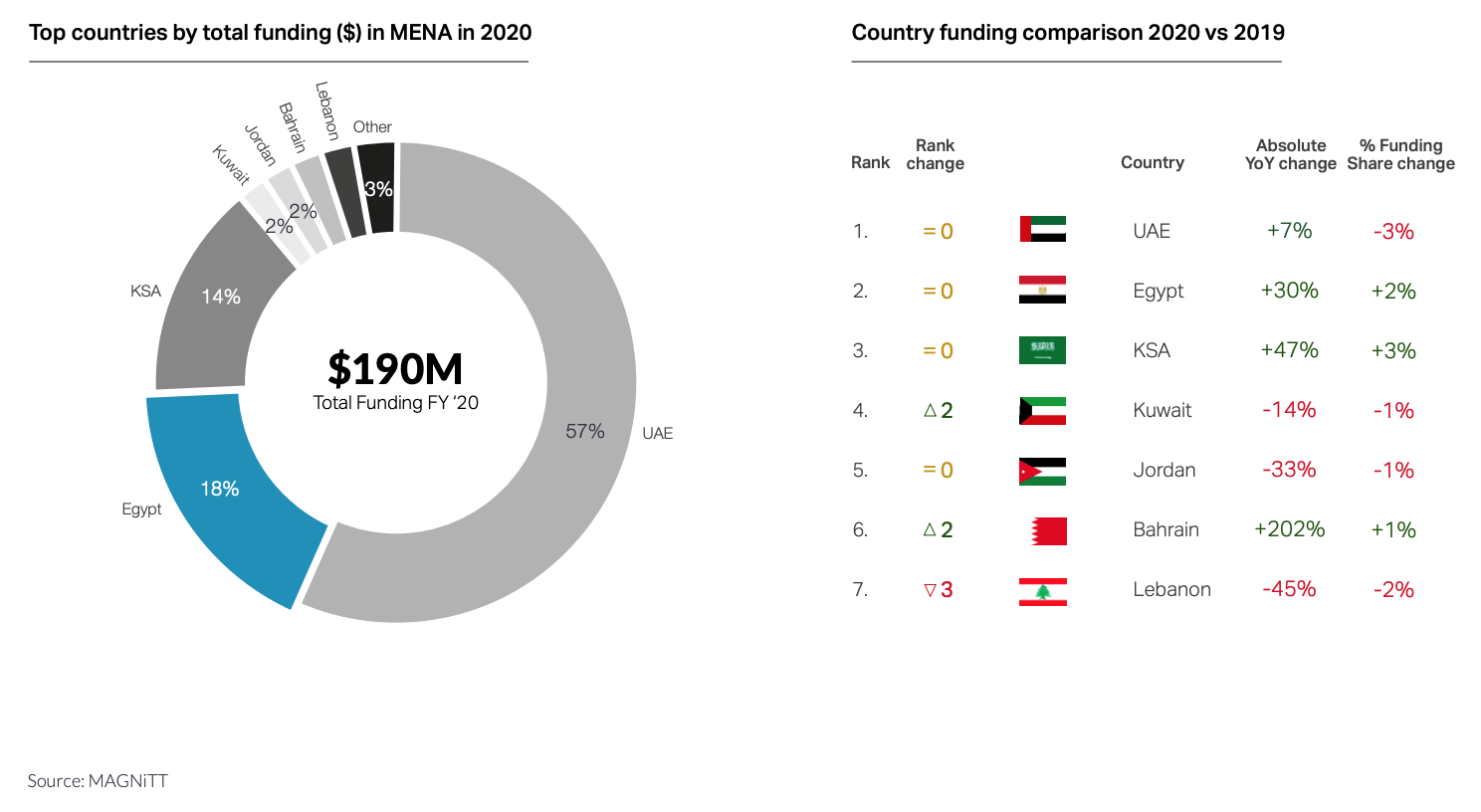 Egyptian fintechs didn’t raise the biggest rounds with the largest investments failing to surpass the US$5 million mark, far behind the year’s top round of US$40 million that went towards healthcare startup Yezeeta, an analysis by Michel Assaad, vice president of Europe, Middle East and Africa strategy at Citi Bank shows.

Notable fintech deals that year included MoneyFellows’ US$4 million Series A funding round, Paymob’s US$3.5 million round, and NowPay’s US$2.1 million round. 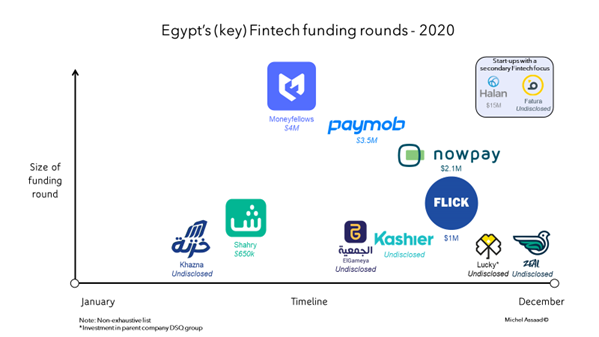 Despite underwhelming funding performances, fintech still managed to make headlines in 2020 with the announcement of new regulations and Egypt’s first fintech to reach a market capitalization of US$1 billion.

2020 saw the ratification of the Egypt’s new Banking and Central Bank law, replacing the previous 2003 legislation and addressing for the first time digital payments, payment service providers and operators, as well as digital banks and cryptocurrencies.

The year also saw the completion of the testing phase of Egypt’s new electronic know-your-customer (eKYC) service and the beginning of a pilot scheme for the new service.

In parallel, the Central Bank of Egypt is contemplating the launch of a 1 billion Egyptian pound (US$63 million) Fintech Innovation Fund, an investment vehicle aimed at supporting the local fintech startup ecosystem, and is looking to establish of a Fintech Hub in the heart of Cairo. These initiatives are part of the central bank’s broader fintech strategy which also includes the regulatory sandbox it launched in 2019.

In 2020, e-payment leader Fawry became the first Egyptian tech company to reach a market capitalization of more than US$1 billion. Fawry, the first fintech company to go public in the Arab region back in 2019, has witnessed significant growth over the past year. Its Q1 2021 earnings release shows a revenue growth of 35.5% year-over-year (YoY), and a 17.2% YoY rise in the number of active network customers, which stood at 30.7 million as of March 31, 2021.

Building up in the momentum, 2021 has so far been rather fruitful for Egyptian fintech startups, with already a number of large deals being closed such as Paymob’s US$15 million Series A extension, Telda’s US$5 million pre-seed funding round and Dayra’s US$3 million round.

Several Egyptian fintech companies are also planning to go public this year, among which Ebtikar, a non-banking financial services platform, and E-finance, an e-payment firm.