Forus Capital, a Saudi Arabia-based Islamic P2P lending marketplace, has raised a Series A round of funding for an undisclosed amount, the company announced in a statement today.

The round was co-led by Saudi conglomerate Yazeed Alrajhi and Brothers Holdings, and Riyad Bank’s Riyad Fintech Fund. The funding will be channeled towards innovation, and market and product expansion.

Forus Capital is a Shariah-compliant debt marketplace founded in 2019 by Nosaibah Alrajhi. The company provides lending facilities in the SME debt market. So far, the company has deployed over US$16 million in funding to 57 SMEs, according to the statement. 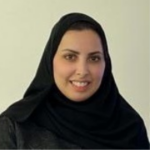 “The debt market is witnessing an accelerated level of disruptions and Forus is keen to play a major role in that.

This investment by such a sophisticated cohort of institutional investors serves as a testament of Forus trajectory as a major player in the Saudi P2P lending market and represents yet another vote of confidence in the evolving Saudi fintech scene,”

Alrajhi said about the raise.

Growing interest in SME financing in the MENA region

Late last month, global cloud banking company Mambu also announced a new digital SME financing platform to be rolled out worldwide, including in the Middle East. The company currently has a presence in the UAE and Saudi Arabia via regional offices and partnerships.

Meanwhile, the Small and Medium Enterprises Bank was launched under the Saudi National Development Fund in March this year. The bank aims to develop innovative solutions for SME financing in the country.

The MSME financing gap in the MENA region is pegged at US$210-240 billion, with the formal financing gap accounting for US$160-180 billion of this. Moreover, only 8% of SME financing in the region comes from banks.

The 5 Digital Banks in Saudi Arabia You Need to Know

QPS Global to Pour Us$10 Million Into Middle East Expansion