Despite a growing population and a large pool of unbanked, Pakistan has been a relatively slow-mover within the digital finance space, but new opportunities brought about the COVID-19 pandemic and government-led initiatives are expected to fuel growth.

Out of a population of 220 million, only 58 million mobile wallet accounts have been opened, with 53% of these being inactive, a new study by Karandaaz Pakistan, a non-profit organization focusing on financial inclusion, found.

Part of the reason for the slow take up of fintech might be related to the population’s well-ingrained preference for cash, low financial literacy and relative low penetration of smartphone (18.4% in 2020, according to Newzoo’s 2020 Global Mobile Market Report).

These factors, coupled with limited talent supply and difficulties for startups to access funding, have posed challenges for the sector to grow. But with COVID-19 acting as a catalyst for digital adoption, usage of digital financial services is expected to grow.

An assessment study undertaken by Karandaaz Pakistan in April 2020 found that 94% of fintech companies in Pakistan believed that measures to curb the spread of COVID-19 will lead to increased fintech adoption, especially in the areas of bill payments, mobile top-ups and e-commerce.

Additionally, Pakistan has the third-largest unbanked population in the world with about 100 million adults without a bank account, according to the World Bank, making it a prime location for fintech adoption. 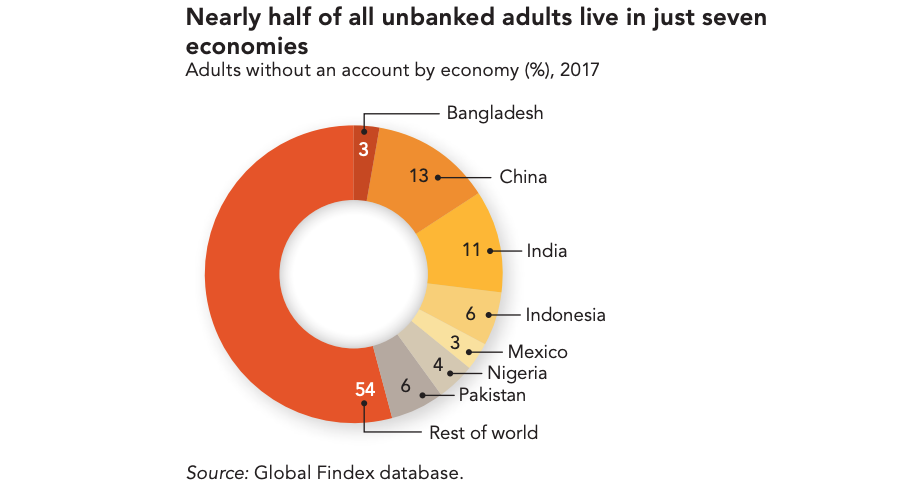 Recent funding rounds are also indicative of the market’s huge potential. In September 2021, one-year-old Pakistani fintech startup Tag raised over US$12 million in the largest ever seed financing round in the country. The round valued Tag at US$100 million, two people involved in the deal told TechCrunch.

Tag offers banking and financial services to users in Pakistan. It partners with public and private firms to offer their employees banking services. It also provides a range of business-to-consumer (B2C) offerings including online payments and top-up utility bills.

Another fintech startup that raised funding last month is Oraan. Founded in 2018, Oraan aims to increase financial inclusion among Pakistani women. It started with products and services around credit, insurance and savings, but ultimately aims to a digital bank. Oraan raised US$3 million in September.

Pakistan’s fintech ecosystem remains nascent with just about 40 prominent fintechs, the research found. Most of these companies focus on payments, but other segments including digital credit/savings, digital wallets, insurtech and digital identity are also represented.

Although the payments segment currently makes up for the large portion of Pakistani fintech startups, the next wave of innovation is expected to come in the alternative credit segment. Opportunities to innovate also exist in the infrastructure, investment and insurtech segments, the report says.

The establishment of fintech trade groups and organizations, Pakistan’s improved regulatory landscape, and new government-led initiatives like Raast are also set to help fuel growth in the sector.

Raast, a fast payment system, was formally launched by prime minister Imran Khan in January 2021. The system is designed to operate at a cost recovery model to make digital payments affordable to end users of all socio-economic backgrounds.

Raast has already gone into operation for bulk to individual payments. Within a few months it will get to the stage of peer-to-peer (P2P) payments and “the alias that we have decided is going to be a cell phone number,” State Bank of Pakistan (SBP) governor Dr Reza Baqir said earlier this month.

Dr Baqir said that the regulator will also be giving the green light to more fintech companies in the coming days with hopes to boost financial inclusion and promote digital payments.

“We have actually given full licenses to two fintech [companies] recently and then four more are in the works — all of which are focused in the business of wallets and making it easier for those people particularly who face a hard time finding a traditional bank,” said Dr Baqir.