The MENA FinTech Fund I is backed by the Saudi Arabia’s Jada Fund of Funds and Saudi Venture Capital Company, Bahrain’s Al Waha Fund of Funds, ADQ’s venture platform DisruptAD and Mubadala Investment Company in the UAE, and OFC, the Middle East investment arm of The Olayan Group.

The Fund will focus on making early stage investments in fintech and software-as-a-service (SaaS) companies. It will especially look at companies within the payments infrastructure, alternative credit, digital banking, proptech, insurtech and personal financial management sub-sectors.

UAE, Pakistan and Egypt startups have received funding from VentureSouq

The MENA FinTech Fund I has already made a number of investments across the region, including in BNPL startup tabby, B2B marketplace Sary and proptech company Hupsy, the statement said.

Further investments are in the pipeline and will be announced soon, the statement said. 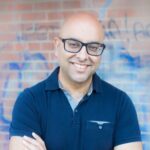 “Prior to the MENA FinTech fund, we were early investors alongside some of the biggest global VCs in a number of fintech companies… In 2020 we started to reflect on what fintech adoption in the MENA region was going to look like and we dove right in.

Based on what we have seen in other emerging markets that we have invested in, we believe it is still early days in terms of the fintech ecosystem in the MENA region and we are really excited about the overall opportunity set,”

VentureSouq is a 2016-founded venture investor with operations in the UAE, Egypt and Saudi Arabia. The firm has invested in over 200 companies across the world, and has more than US$100 million in assets under management.

UAE Poised To Become The Fintech Nexus In MENA