The 5 Fastest Growing Fintech Companies in the UAE in 2021

Fintech companies in the UAE have bagged a number of wins this year, with local fintechs accelerating growth.

Competition is heating up in the digital banking space, as well as in several sub-verticals of the payments space. Meanwhile, cryptocurrency is seeing growing acceptance in the country, while ecommerce has emerged as a key driver of fintech adoption, including in newer trends such as buy now pay later (BNPL).

An earlier report suggested that the UAE has over 400 fintech companies, and aims to become one top five fintech hubs across the world by December 2023. In fact, nearly half of all fintech companies in the MENA region are based in the UAE, the report said.

In this context, a handful of companies have emerged as the fastest growing fintech companies in the UAE. Here are the ones to know. 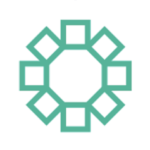 BitOasis is a Dubai-headquartered crypto exchange founded in 2015. Users can access over 20 cryptocurrencies on the platform for free, and 10 additional currencies through the pro version. Currencies currently supported on the platform are the UAE dirham and the Saudi riyal.

BitOasis received its Financial Services Permission (FSP) from the Financial Services Regulatory Authority (FSRA) just in May this year. As of H1 2021, the company has seen its trading volumes surpass US$1.5 billion, with a 2x growth in user base.

Moreover, the company raised US$30 million in a Series B round in October. The funding round comes as the company looks to expand regionally, while also ensuring regulatory compliance and adequate licensing. 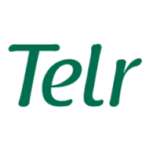 Telr is a 2014-founded payment gateway provider headquartered in Dubai. The company also has offices in Singapore, India, and Saudi Arabia. The company has struck a number of partnerships this year, allowing it to broaden the spectrum of services it offers to its SME and startup clients.

Telr has secured partnerships with some of the top fintech startups and companies in the UAE. This includes tabby, a BNPL startup that also made this list, as well as global payments giant PayPal. The partnership with tabby allowed it to launch its own BNPL solution, whereas the PayPal partnership allows Telr merchants to accept payments via PayPal in the UAE. 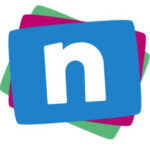 This Abu Dhabi-headquartered BaaS platform was founded in 2018. Earlier this year, it raised US$7.6 million in a Series A round of funding to boost its growth across the MENA region. Shortly after the raise, it launched payment card issuance and processing APIs.

The company also secured a partnership with the Arab Financial Services (AFS). The partnership makes way for an integration between the AFS payment platform with NymCard’s open API.

Other partnerships also include Instapapy (which also marked NymCard’s Asia expansion) and MasterCard (through its Network Enablement Partner program). 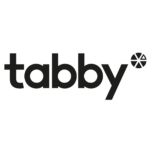 Dubai-headquartered tabby has reached a valuation of US$300 million after an equity round and a debt facility of US$50 million each.

The company has also seen wins in the partnerships space. It recently picked up a partnership with IKEA that allows it to provide its solution to the furniture retailer’s UAE customers for both online and in-store purchases. It also partnered with UAE’s Network International to extend BNPL services to the latter’s ecommerce customers.

It also saw its Saudi Arabia operations take off this year, a month after it raised US$7 million and a month before its US$50 million equity round.

Deepening its operations in the country, the startup secured a partnership with Saudi Arabia-based online fashion platform Styli for its BNPL services. 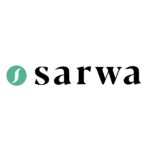 Sarwa is a Dubai-headquartered robo-advisory platform that allows users to invest across curated portfolios, including conventional, halal and its more recently launched Bitcoin portfolios. Similar to its other portfolios, the Bitcoin portfolio offers diversified asset classes along with a 5% exposure to the US-based Grayscale Bitcoin Trust.

The Emirati startup received its fintech experimental permit by Saudi Arabia’s Capital Markets Authority at the start of the year. The permit allows Sarwa to offer its services in Saudi Arabia.

It also has plans to launch a zero-commission trade service in the UAE, through which users can buy and sell global stocks and ETFs with no commission.

In August this year, it received a funding boost of US$15 million through a Series B round for market and product expansion, as well as to grow its team.