The two new initiatives, which were announced during Abu Dhabi Finance Week (ADFW), will see OurCrowd expanding its team based at Abu Dhabi Global Market (ADGM) to 60 over the next four years.

The new AI tech hub is established as Integrated Data Intelligence (IDI), a commercial company based at ADGM’s Hub71, and will develop AI solutions for business.

IDI will be headed by Dr Hasanat Dewan, who previously headed the banking and financial services digital engineering practice at IT consulting firm Cognizant.

OurCrowd Arabia, which incorporated in ADGM in 2021, is also establishing a new venture capital investment centre in Abu Dhabi to manage deals for its existing platform and cater to emerging markets.

It is the second Israeli company to announce during the ADFW that it has joined the ADIO’s Innovation Programme after credit automation platform Liquidity Group. 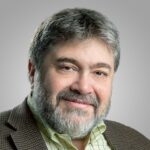 “Following a global search for the most suitable location for IDI and OurCrowd’s new investment center, Abu Dhabi was by far the most fitting destination,” 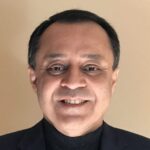 “IDI is the culmination of OurCrowd’s strategy to revolutionise its fintech platform with AI functionality across the board.

We are recruiting the best talent from within the UAE and across the globe and to be a transformative catalyst for the AI ecosystem in Abu Dhabi,”

Top 12 Fintech Startups in Israel to Keep an Eye On