Venture capital firm OurCrowd has become the first Israeli venture firm to have gained approval and licensing by the Abu Dhabi Global Market (ADGM) in the UAE, according to a statement. The firm has incorporated its wholly owned subsidiary OurCrowd Arabia in the ADGM. OurCrowd Arabia will be regulated by the Financial Services Regulatory Authority (FSRA) at the ADGM.

Dr. Sabah al-Binali has been appointed Senior Executive Officer and Executive Chairperson of OurCrowd Arabia, the statement said. The venture firm will be initially focusing its attention on the agritech, fintech and medtech sectors, al-Binali noted. Further, the firm will be investing in tech startups and projects both in the UAE and across the region as well, al-Binali said.

OurCrowd has a network of 160,000 accredited investors from across 195 countries. With over 280 portfolio investments and 30 funds, the firm is on an expansion drive, including through its Abu Dhabi office. 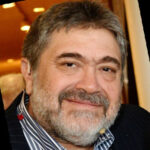 “This historic development, a fruit of the Abraham Accords, will not only allow OurCrowd to raise funds in the UAE, but also promote local Emirati and regional startups to our 160,000 global investors and drive international investments into the UAE’s dynamic startup ecosystem.

This is a major step toward developing OurCrowd’s business in the UAE and demonstrates our long-term commitment to the Gulf region,”

Jon Medved, CEO and Founder of OurCrowd, said about the ADGM’s approval.

The ADGM has previously also collaborated with the Israel Securities Authority (ISA) through a fintech cooperation agreement. The agreement allows for a framework for the movement of startups, knowledge, and talent between the ADGM and the ISA.

Meanwhile, the ADGM’s global roadshow The Search under its annual Fintech Abu Dhabi Festival also stopped at Israel this year. Winners of the Israeli edition include correspondent banking tech solutions provider TenureX and cybersecurity startup Thetaray will join a number of global startups pitching at the annual festival in Abu Dhabi this week.

“Aber” Project, The Common Digital Currency Between SAMA and UAECB